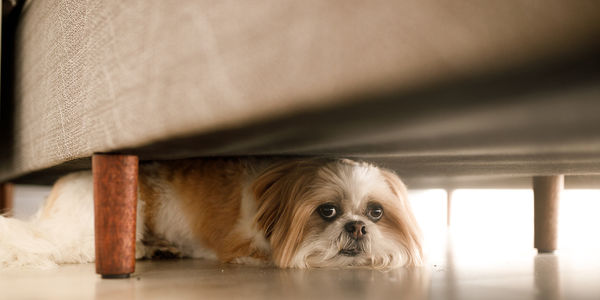 When Domestic Abuse Victims Get Protection, Their Pets Can Still Be Vulnerable

In the state of Utah, as in much of the world during the COVID-19 pandemic, domestic violence rates are up. One non profit cited an increase of between 25-50% in domestic violence cases in the state during the pandemic. But right now, when a victim seeks a legal order of protection against an abuser, they could be putting their pets' lives at risk. That's why a new bill, HB 175, has been put forward that would allow those legal protections to extend to pets, the same way they extend to children.

Sign now if you want to keep at-risk pets safe from domestic abusers in Utah!

One such woman, Jessica, said it took her 2 years to leave an abusive situation with her dog, Roxie. When she finally did, her abuser tried to get Roxie back! But Jessica knew Roxie wouldn't be safe with him. This is not an uncommon situation. That's why the Humane Society of Utah and Ruff Haven have worked so hard on the bill that would allow orders of protection to include pets.

Research has shown that domestic abuse and animal abuse are linked. Studies show that people who abuse animal companions are more likely to act violently to their human partners. And we know that victims of domestic abuse often delay or avoid leaving a situation because their abuser may take their rage out on a pet. We need to make it easier for people and their pets to escape dangerous situations, together!

Suffering through domestic abuse is one of the worst experiences a person can have, coupled with putting your beloved animals at risk, the experience just gets more intense. Someone who abuses an intimate partner or family member would have no reason to stop at the family pet. Let's make sure these vulnerable pets are safe!

Sign the petition to urge Utah legislators to pass this new bill and allow people who get legal orders of protection to extend those to their pets as well!

Care2
When Domestic Abuse Victims Get Protection, Their Pets Can Still Be Vulnerable
SHARETWEET