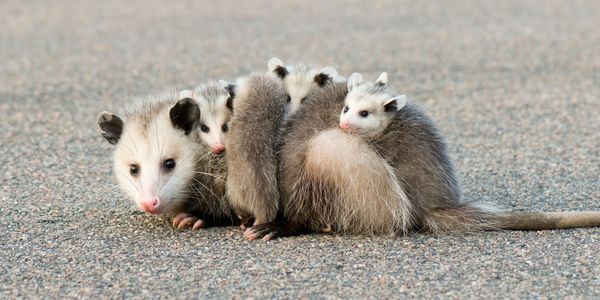 Possums get a bad rap, but they’re actually little miracle workers -- tell Vermont to treat them that way!

They come out at night. In the cover of darkness while we're fast asleep, they do some astounding work, gobbling up Lyme disease-carrying ticks along with cockroaches and other pests like rats and mice. They clean up dead animal carcasses, and slurp down snails and slugs that would otherwise ravage our precious gardens -- they even do some of the pruning for us, picking at any fallen, rotten, or overripe fruits and veggies, which they prefer to the fresh stuff. They aren't susceptible to snake venom, and they devour rattlesnakes and copperheads that might hurt our kids or pets. These tireless workers are possums, and even though they do all this and more for us and our ecosystems, they get a pretty bad rap -- and are often murdered for it.

Sign the petition and demand that Vermont's House of Representatives pass bill H. 172, which would protect possums along with many other innocent animals by tightening trapping regulations!

Trapping regulations in Vermont right now are far too relaxed -- any landowner who claims a possum is doing damage to their property can trap and kill it themselves. And during a designated trapping season, someone can pay a small fee for a license that would allow them to trap and murder these miraculous little animals pretty much anywhere.

Trapping is an inhumane, traumatic practice. Cage or body gripping traps can maim or kill possums who are unlucky enough to encounter them -- their strong mechanisms break bones and tear through skin. They trap these animals for days, threatening them with starvation, dehydration, and leaving them vulnerable to attacks from other animals -- sometimes trapped possums are so desperate, they chew their own limbs off to try and escape. When hunters come back to their traps, they are allowed to "dispatch" their poor prey -- aka kill them in torturous ways like bludgeoning or strangulation.

But Vermont's House Bill 172 would change all of that, making trapping illegal for anyone other than a licensed "nuisance" wildlife control officer or a homeowner whose animals or property are actually in danger from a possum. This bill would effectively end the trapping season that leaves so many possums dead every year.

Our strange prejudice against possums is baffling when you realize all the good they do for us and the almost zero risk they pose to us and our own companion or farmed animals. They have a natural resistance to rabies, unlike many other wild animals that venture near our homes like racoons, and to botulism, meaning they can eat food waste without spreading disease. Possums may look a little different, but they are proven stewards of the earth. They deserve our utmost respect and protection.

This bill would protect possums, and other wild animals like red and gray foxes, otters, and beavers. Show your support for H. 172 which would strengthen trapping regulations in Vermont -- sign the petition and tell Vermont's House to pass this without delay!

Care2
Possums get a bad rap, but they’re actually little miracle workers -- tell Vermont to treat them that way!
SHARETWEET