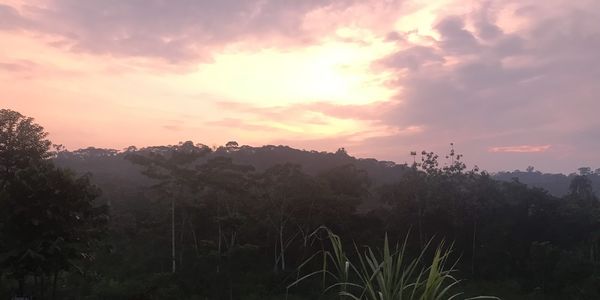 Bolsonaro has plans to close the Environment Ministry, which is mandated to protect the environment, and instead fold it into the Agriculture Ministry, which tends to favor the interests of those who would convert forests into farmland.

Converting forests into farmland (deforestation) raises multiple issues. It's cutting down precious trees in the Amazon. This territory is more often than not indigenous territory. Cutting down trees emits a LOT of carbon.

At the rate that Brazil already emits carbon as the sixth largest country of carbon emissions, it will be impossible for the world to stay in the limits of the Paris Agreement. This land that is being demarcated for agribusiness is indigenous territory, and once it is broken up it will be near impossible to reassign boundaries, with respect to the people it has belonged to for thousands of years.

Within hours of swearing in Bolsonaro broke up FUNAI.  FUNAI was designated for overseeing initiatives for indigenous people.  Eliminating protections to indigenous people, including uncontacted tribes, is genocide.  This means over 900,000 people, over 274 individual languages, and over 305 tribes.

Bolsonaro has stated plans to identify rights activists as terrorists. This includes allies as well as indigenous peoples standing up for their sovereign rights in territory that has been theirs for as long as the Amazon has had guardians. Brazil is currently considered the deadliest country for environmental activists.

Bolsonaro is openly racist against black people, and indigenous people. Saying both "It's a shame that the Brazilian cavalry wasn't as efficient as the Americans, who exterminated their Indians," and that "They don't do anything. I don't think they're even good for procreation any more" referring to the descendants of the African slaves.

Bolsonaro is anti LGBTQ, going so far as to say he'd rather have a dead son than a gay son. LGBTQ people throughout Brazil are facing violence and discrimination

Bolsonaro supports militarizing the government towards a fascist dictatorship. He is a firm supporter of violent torture and claims that the people of Brazil also are.

Please join us at an action at the Brazilian Consulate in San Francisco on Friday, January 18th at 10 am where we will deliver a letter stating what we stand for and against. If you feel moved to join on this letter please sign below and your name, as well as this petition, will be added to the signatures collected.  If you have felt horrified and outraged and moved to scream and do something, please come stand with us.  This is not only for our planet but for our relatives in the south, and all their rights to exist as they always have.