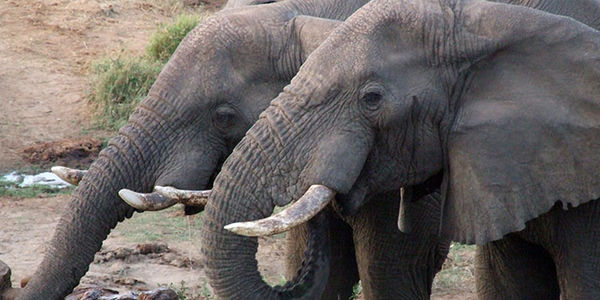 The US Fish and Wildlife Service (FWS) is considering IFAW’s petition to list African elephants as “Endangered” under the US Endangered Species Act (ESA). Currently, African elephants are only listed as “Threatened,” which sets a lower bar for protective measures.

That elephants need our help is clear. African elephant populations have declined dramatically in the last decade due to extremely high levels of poaching. It is estimated that an elephant is killed every 15 minutes, on average, for its ivory tusks – that is 96 animals a day! At this rate, some regional populations of elephants may be wiped out in the next decade.

An “Endangered” listing would be a huge step towards stopping trophy hunting and the trade of elephants in the US once and for all. Tell the FWS to list African elephants as “Endangered.”  Make your voice heard!

Dear US Fish and Wildlife Service,

We are submitting this letter in support listing African elephants as “Endangered” under the US Endangered Species Act.

The illegal ivory trade is devastating African elephant populations. Between 2010 and 2012, roughly 100,000 elephants were poached for their tusks. Rising demand in China is the main culprit, but the U.S., as the second largest market for wildlife products in the world, is also to blame. In February 2015, the International Fund for Animal Welfare, along with the Humane Society of the United States/Humane Society International, submitted a technical petition to the Service in support of an “Endangered” listing. The U.S. is one of the leading importers of African elephant products including trophies, ivory products, and hides, and law enforcement officials routinely seize shipments of illegal ivory being smuggled into the U.S.

The ESA requires listing a species as “Endangered” when it “is in danger of extinction throughout all or a significant portion of its range,” and the IFAW/Humane Society petition makes it abundantly clear that African elephants meet this bar. After reviewing the data, I know that you will find that African elephants qualify for – and sorely need – the protections that an “Endangered” listing affords. Furthermore, I implore you to list the species in as much haste as possible.

We cannot set an example for other countries if we are not willing to act decisively here at home. Thank you for taking the time to read this letter and we hope that the US government will take action to protect this majestic animal.