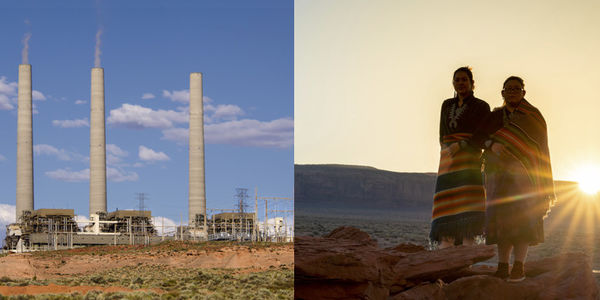 In the United States, treaties are considered "the supreme Law of the Land," according to the Constitution. Unless, it seems, they're negotiated with Native American tribes.

Over the course of our 240+ year history, the U.S. federal government has repeatedly broken these treaties without care or interest in the utter injustice of what they're doing. But openly flouting agreed-upon treaties isn't the only way the government has disrespected and oppressed Indigenous peoples.

In fact, right now, the U.S. Environmental Protection Agency (EPA) is in the process of ripping away even more rights from Native American tribes. In October 2020, it revoked tribes' ability to oversee environmental regulation on their own lands. Instead, now the state of Oklahoma will hold all such regulatory power.

Sign the petition to tell the EPA it must revert environmental regulatory control back to the Native American tribes that live on these lands!

This isn't a benign move. In fact, it's deeply political and deeply nefarious. The reason the EPA has infantilized tribes by pulling away their environmental sovereignty is in order to increase polluters' ability to dump toxic waste with impunity.

As the Washington Post notes, "The EPA decision was particularly welcomed by the state's oil and gas industry."

This all started with a request from the Oklahoma state governor, J. Kevin Stitt. Stitt, a fiercely corrupt friend of fossil fuel and chemical corporations, wanted to make sure his buddies could do whatever they wanted — which was to push their most hazardous projects onto Indigenous lands, far away from Stitt's right-wing supporters. As of 2019, Oklahoma was the fourth-largest producer of both crude oil and natural gas. Those dirty-energy lobbyists had a long laundry list of demands they wanted Governor Stitt to fulfill. And they've now gotten ALL THE THINGS that they wanted.

On top of all this dumping and pollution, the tribes would still be responsible for cleaning up this poisonous mess since it's technically on their lands.

Casey Camp-Horinek, Elder and Hereditary Drumkeeper of the Ponca Tribe, said in a statement: "After over 500 years of oppression, lies, genocide, ecocide, and broken treaties, we should have expected the EPA ruling in favor of racist Governor Stitt of Oklahoma, yet it still stings. Under the Trump administration, destroying all environmental protection has been ramped up to give the fossil fuel industry life support as it takes its last dying breath."

We cannot stand by and watch this happen. This is cruel, sickening, and wrong on so many levels. Stand with the Native American tribes who are demanding that their rights over their lands are returned to them! Sign the petition now.
Sign Petition
SHAREShare With FriendsTWEETEMAILEMBED
Sign Petition
See more petitions:
You have JavaScript disabled. Without it, our site might not function properly.