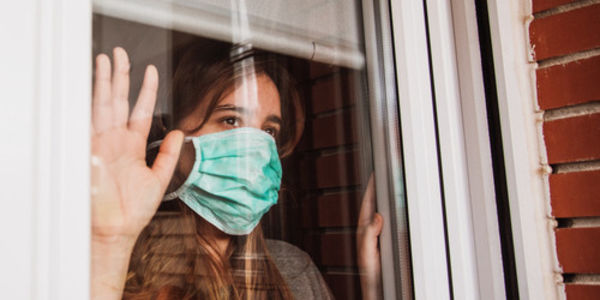 Don't Let the Coronavirus Make Us Homeless. Demand an End to Rent and Mortgage Payments During the Crisis.

Looking at footage of downtowns across the United States, two things stand out immediately: deserted streets accompanied by miles of empty, shuttered businesses.

As cities and states across the United States issue stay-at-home orders to contain the spread of the deadly novel coronavirus, all sorts of industries — from clothing and retail, to dine-in restaurants, to taxis and Lyfts, to construction — have been effectively shut down indefinitely. This is good for public health, and will save many lives in the long run. But in the short run, a new threat is emerging: unemployment and the inability to pay rent.

Sign the petition to demand that the federal government cancel rent and mortgages for both individuals and businesses until the coronavirus shutdown is all over.

With stores shutting down, countless employees have been furloughed or laid off, at one of the scariest times for that to happen. Few businesses are hiring, and in most places it is neither safe nor legal to leave one's home to interview for a new position. During the last week in March, 3.3 million people filed for unemployment — at the time, the largest number in American history, since the Department of Labor started keeping track back in 1967. The following week, we not only beat but doubled that record: an additional 6.6. million people submitted claims.

With no income coming in to afford this massive monthly payment, it's inevitable what will happen. Already, a national landlord's association is reporting that almost one-third of renters in the U.S. failed to pay their rent (or even any portion of it) during the first week of April. Some local governments are trying to ease renters' burdens, by issuing temporary moratoriums on evictions or mortgage payments. One Republican Senator even surprised the nation when he advocated for a two-month-long nationwide moratorium on all housing and utility payments for those making less than $75,000 a year.

These are an excellent start, and we support those plans. But they still don't really help address the underlying problem. At the end of the moratorium, these individuals will still be out of jobs and without customers. Yet the accumulated back-rent will still come due.

This is a time when the government needs to step in and help its people. Don't let us be punished because a global pandemic is ravishing the nation. We're already suffering enough by fearing that any one of us, or our loved ones, might contract COVID-19 and die. We shouldn't also have to fear becoming homeless.

Sign the petition to demand that the federal government cancel rent and mortgages for both individuals and businesses until the coronavirus shutdown is all over.
Sign Petition
SHAREShare this petition with friends!TWEETEMAILEMBED
Sign Petition
See more petitions:
You have JavaScript disabled. Without it, our site might not function properly.

Care2
Don't Let the Coronavirus Make Us Homeless. Demand an End to Rent and Mortgage Payments During the Crisis.
SHARETWEET