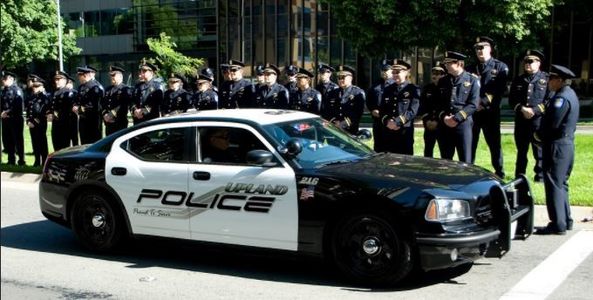 We believe, Captain Anthony Yoakum was wrongfully terminated after 29 years of service in law enforcement by Upland's former Chief of Police, Brian Johnson. Before his termination by Johnson, Yoakum was Second-In-Command and was In Charge of Operations for the Upland Police Department. On or about the 27th of October, 2017, there was a VOTE of “NO CONFIDENCE” in Chief Johnson's ability to lead the Police Force, by a vast majority of the sworn personnel, reaching 80% or more. Subsequently, Chief Brian Johnson, resigned from the Upland Police Department.

As both Captain Yoakum and Sergeant Simpson, were put on administrative leave early this year by Johnson, after they backed other Officers at UPD, who did NOT think Johnson, would resolve the problems those Officers had with Johnson, and instead, they took their issues with Johnson, to our City Hall's staff, including the City’s Human Resource Director, rather than seeking to have the matter discussed within the confines of the Police Department’s Senior Staff. Which they believed, had little prospect of success, as do we.

And we the undersigned, DO NOT BELIEVE, that action is unforgivable and in fact, we would have done the exact same thing as Yoakum and Simpson, if faced with that decision.

Therefore, we, the Residents of Upland, California, demand the immediate reinstatement of both of those Officers, to our Upland Police Force, being Captain Anthony Yoakum and Sergeant Marc Simpson at once, to stabilize our Police Department and provide it with the necessary leadership, that it has lacked, for too long.

We believe, naming any other individual besides Anthony Yoakum, as our next Police Chief, will result in another VOTE ~ OF NO CONFIDENCE, by the sworn personnel of the Department and it will be an extravagant waste of both time and taxpayer's money, on the part of our City Manager, Martin Thouvenell.