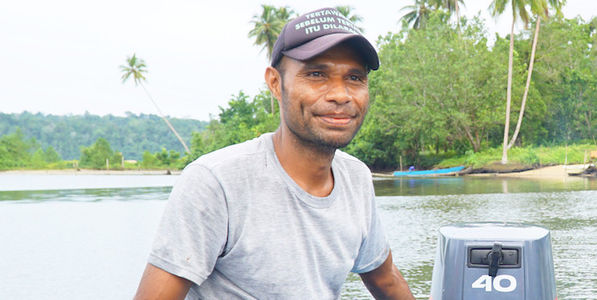 Between 1990 and 2016, the world lost 502,000 square miles (1.3 million square kilometers) of forest, according to the World Bank. Deforestation affects not only the environment and the species that rely on them but also the impoverished communities that depend on the ecosystem for survival.

David Sawek was part of one of those communities being impacted. Beginning in 2008, David and a small group of local teachers on Biak Island began taking reforestation into their own hands by planting trees.

They, along with other Eden employees, have now planted over 300 million trees.

A year after David started working with Eden, David's wife experienced complications during the birth of their second child that jeopardized both the mother's and child's health. She ended up needing a costly emergency C-section surgery. Luckily, with the wages he had saved from working for Eden, he was able to pay for it. He realized without that savings, he would've lost everything that was most important to him.

Give hard-working people like David, a fighting chance for a better life. And in return, they will give you healthier forests and a healthier planet.

Add your name to pledge your support for Eden Reforestation workers today.