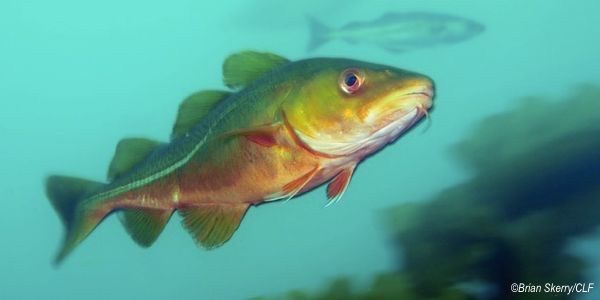 The Obama Administration has announced that it is considering permanently protecting a unique area of ocean waters off the coast of New England - an historic move that could create the first-ever Marine National Monument in the Atlantic Ocean.

Before they will act, the Administration needs to hear from people like you. But we only have until September 15 to make our voices heard.

The Administration has identified parts of the New England Coral Canyons and Seamounts for protection. But their proposal has left out other parts of New England's ocean that are also urgently in need of permanent protection.

The Cashes Ledge Area, about 80 miles from Portland, Maine, is a unique underwater mountain range with a remarkable array of sea life living among its peaks and valleys. This fragile undersea mountain range is under growing threat of destruction from commercial fishing, industrial exploitation, and climate change. Yet the Administration has not included Cashes Ledge in its current proposal - despite calls from conservation and business groups, as well as scientists, for its permanent protection.

This is the most crucial time ever to protect the Cashes Ledge Area and New England's canyons and seamounts.

We need your help to make history: Urge President Obama to include the Cashes Ledge area in his proposal to create the Atlantic's first Marine National Monuments and tell him that you support protection of all of New England's Coral Canyons and Seamounts.
read petition letter ▾
Subject:  Please Establish Marine Monuments off New England

I support your proposal to permanently protect the Coral Canyons and Seamounts as a Marine National Monument. These unique undersea treasures would become the first ocean monument in the Atlantic and would build on America's global leadership in ocean protection.

This historic monument designation will permanently protect a treasure trove of unique and irreplaceable ecosystems that provide refuge for hundreds of species of marine wildlife including whales, seabirds and long-living coldwater corals.

But it's not enough to just protect the Coral Canyons and Seamounts as currently proposed. I urge you to add the Cashes Ledge Area to your proposal to ensure that all of New England's most critical ocean wilderness refuges are fully protected now.

Without protection, Cashes Ledge is at risk of being lost forever. Cashes Ledge is a vital refuge for a remarkably rich array of ocean wildlife and also provides a critical nursery habitat for ocean fish like Atlantic cod, which are the life blood of New England's coastal communities. In addition, hundreds of leading scientists agree that keeping Cashes Ledge as well as the Coral Canyons and Seamounts free from human activity is critical to reverse the decline of the marine environment and restore it to health. Research shows that fully protected marine reserves are essential to rebuilding species abundance and diversity, and increasing resilience to climate change.

Our ocean treasures, especially amazing places such as the Cashes Ledge Area, the five Coral Canyons (Oceanographer, Gilbert, Lydonia, Nygren, and Heezen), and the four Seamounts (Bear, Physalia, Mytius, and Retriever) are important to all Americans. We need to save all of these important places off New England's coast so that our children and grandchildren can enjoy a healthy marine environment, before irreparable damage is done. National monument designations would protect these seascapes for generations to come.

Please act to protect Cashes Ledge as well as the New England Coral Canyons and Seamounts as national monuments today.