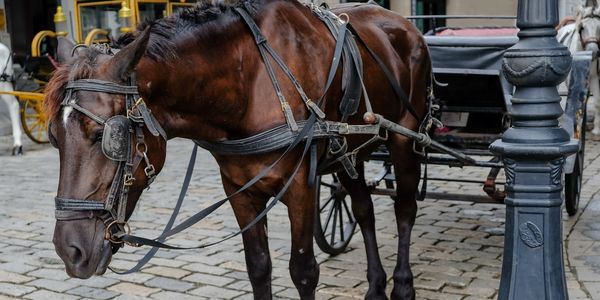 Horses are being forced to drag groups of people down overwhelming city treats in the scorching heat. Ban this cruel tradition!

We've reached the peak of summer in the United States, and the heatwaves that come along with it. And although many cities like Chicago, Las Vegas, and Salt Lake City have thankfully banned horse drawn carriage rides, other cities -- even in the particularly scorching southern states -- are still putting poor horses to work and in grave danger.

Two of these southern cities are Savannah and New Orleans, where a Care2 team member recently witnessed particularly distressing cruelty. Sign the petition and demand that these cities ban horse carriage rides, and have mercy on these poor animals! They cannot be forced to work another day of this hot summer.

On a recent trip through the American South, our team member could hardly believe what she witnessed. Horses were forced to pull up to 8 grown adults in the scorching southern heat. One of them could barely move, and its tongue was sticking out and flailing about -- a behavioral sign of distress.

We know for a fact that these rides are not only painful for the horses because of weight load, high temperatures, or the unnatural hard concrete beneath their hooves, but also because of where they are forced to perform this work. These carriage rides are most popular in densely populated, highly-toured cities where noise is loud and constant, people don't necessarily know how to act around large animals, and basically everywhere you turn is a visually overwhelming scene. Horses are evolved to live in wide open, empty spaces. They are prey animals, meaning loud noises or quick movements literally make them feel like they are in a deadly situation. Horse drawn carriages in cities like Savannah and New Orleans are like torture for them.

Part of the reason some U.S. cities have already banned this cruel tradition is because of casualties -- we hear time and time again about horses that collapse in their harnesses, a carriage of people still attached to them, exhausted, dehydrated, and on the brink of death. It should never be allowed to come to that.

Care2
Horses are being forced to drag groups of people down overwhelming city treats in the scorching heat. Ban this cruel tradition!
SHARETWEET