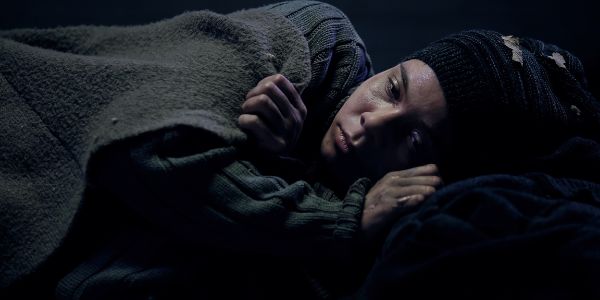 ICE detainees are reportedly being surgically sterilized while they sleep. According to the UN, this is a form of genocide.

*UPDATE* Representatives from Congress that visited the Irwin County Detention Center following these allegations called it "a horror show." They found black mold, unsanitary conditions that would contribute to the spread of COVID-19, and most importantly, they got to listen to the women being held at the facility. They described being bound in shackles, put in a van, and driven to the medical center where they were pressured into surgeries. Many of the women said they were invasively examined by Dr. Amin who used his bare, unsanitary hands. The details coming to light are only getting worse, and we cannot look away. Keep signing and sharing the petition.

Women held in the Immigration and Customs Enforcement (ICE) Detention Center in Irwin County, Georgia who think they are receiving routine medical care are reporting that they are waking up with their uteruses removed.

A hysterectomy, the invasive and surgical removal of a uterus, is an intensely personal decision -- it is not without its side effects and complications, most notable of which is that it eliminates the possibility of bearing children. When conducted without full understanding or consent of the person going under the knife, this is forced sterilization. And the United States has a grim history of sterilizing people from minority ethnic groups, including Native Americans and Black Americans.

This is eugenic sterilization -- a form of control based on the theory that if you sterilize those who you don't want reproducing, you will create an "ideal" or "pure" human race. According to the United Nations, this is genocide. Physically coercing, restraining, or tricking people into sterilization is also a form of genital invasion or -- in other words -- egregious horiffic sexual assault.

Sign the petition if you want the Georgia Composite Medical Board to immediately revoke the license of Dr. Mahendra Amin who has been performing these nightmare surgeries, as well as open a full investigation into such clearly criminal conduct! The Department of Homeland Security (DHS) must also launch a full investigation into this and all other ICE facilities committing such atrocities.

A brave whistleblower, a nurse by the name of Dawn Wooten, came forward with reports of forced sterilization, along with many, many accusations of other horrendous medical neglect including dangerous handling of the COVID-19 pandemic. This whistleblower is a hero, especially considering that her previous attempts to confront the abuse were met with punishments and demotions. Detainees who tried to stand up for themselves and others were often locked in solitary confinement.

Many of the women held in the ICE detention facility speak only Spanish, and were not offered translation services in order to understand what was about to happen. Instead, they were either left completely in the dark, or communicated with using Google translate.

Women who complained of heavy periods were reportedly taken off-site and sterilized. One detainee said in a statement that she went into surgery to have a cyst drained and woke up without her uterus. One woman recounted how she was improperly anesthetized, so she had to lie awake while listening to the doctor realize he had removed the wrong ovary and left her sterilized.

The whistleblower reported that nearly everyone who went to Dr. Mahendra Amin had their uterus removed -- Wooten referred to him as "the uterus collector." The emotional and physical trauma that his victims go through is unimaginable.

One detainee in the ICE facility said that when she met woman after woman who had undergone unnecessary, nonconsensual hysterectomies, she felt like she was in a concentration camp. And she's exactly right. Forced sterilization and its intended purpose of "ethnic cleansing" was a cornerstone of Hitler's Nazi Germany. But obviously, this crime against humanity is not a thing of the past, nor is it new to the United States. In fact, Nazi Germany used the United States as a sort of blueprint for their atrocities.

Since the beginning of the twentieth century, the U.S. has been performing forced sterilizations that have been upheld by the law. People with disabilities or those deemed "mentally unfit," Ingidenous populations, large swaths of people in Puerto Rico, and inmates have all been subjected to the inhumanity of forced sterilization by the United States government.

ICE is known for their utterly cruel treatment of detainees, who are often people fleeing from their home countries due to threat of death, violence, oppression, or lack of resources and opportunities. ICE has made it their mission to criminalize those in need, and have been given unfettered power to do so. So it comes as no surprise that they would participate in such egregious abuses. Their facilities are infamous for medical crises -- even before the pandemic, flu outbreaks, malnourishment, and other sickness ran rampant through detention centers. Most facilities have done nothing to protect those inside from COVID-19, and the Irwin, Georgia facility is no different. California facilities came under fire earlier this summer when it was reported that they were spraying down their facilities and also the detainees trapped inside with excessive amounts of poisonous sanitizer, essentially gassing them.

ICE, their mission of ethnic cleansing, and all those who are complicit must be stopped. These victims will have to live with the trauma of being violated while coming to terms with the fact that they cannot have a family. We cannot let anyone else go through this.

Sign the petition and ask that this "uterus collector" have his license removed, that he be fully investigated for his crimes, and that the DHS investigate this and all other crimes against humanity committed by ICE!

Care2
ICE detainees are reportedly being surgically sterilized while they sleep. According to the UN, this is a form of genocide.
SHARETWEET