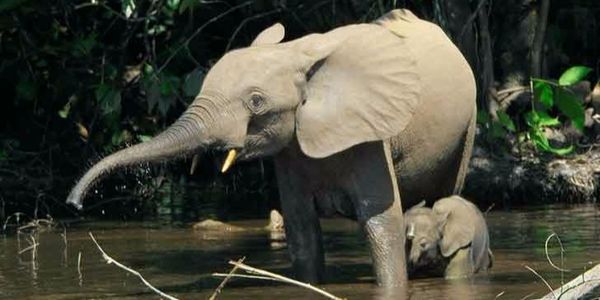 Chocolate companies are funding an environmental crisis in West Africa by buying illegally-grown cocoa beans from the area, a new investigation has revealed.

Mondelez, which owns Cadbury, and Ferrero -- makers of Kinder Surprise -- have been sourcing beans that come from protected areas and national parks in Cote d’Ivoire and Ghana, driving rainforest destruction for cocoa production.

If this goes on, in just 13 years there will be almost no rainforest left at all.

And the crisis is having a huge impact on local wildlife too -- chimpanzees are being from their habitats, and while the country was once home to tens of thousands of elephants, there are now just a few hundred left.

Chocolate companies will announce their response to this crisis at the Bonn Climate Conference in just two weeks. They're still deciding what to say, so now's the time to pressure them to take serious action -- before it’s too late.

Tell Cadbury and Ferrero to commit to no new deforestation for cocoa worldwide.

As much as 40% of the world’s cocoa comes from Cote d’Ivoire, while half of the world’s supply is controlled by just three companies -- Cargill, Olam and Barry Callebaut.

Cocoa illegally grown in protected areas and national parks makes its way to these traders through middlemen, who then pass it on to companies like Cadbury and Ferrero to make it into our favourite treats.

Every company in the supply chain is aware of this. They simply care more about their profits than the exploitation on the ground -- and the only way we can stop the cycle is to stop demand from chocolate manufacturers.

There’s no doubt as to the responsibility of cocoa for the colossal environmental damage. “The ancient forests of our nation, once a paradise for wildlife like chimpanzees, leopards, hippopotamus, and elephants, have been degraded and deforested to the point that they’re almost entirely gone”, says Kouamé Soulago Fernand, General Secretary of ROSCIDET, a network of Ivorian NGOs.

“This deforestation is due principally to the cultivation of cocoa.”

The figures couldn’t be more worrying -- Cote d’Ivoire has seen its rainforest cover reduced by more than 85% since 1990, while some protected areas have seen as much as 90% of land turned over to cocoa production. The slash-and-burn deforestation will have devastating effects for the future of the region, with the loss of trees contributing to more hot, parched seasons.

That’s why we need to act fast -- and stop the demand for illegal cocoa.

Together, we’ve been able to make a difference for the environment before. SumOfUs members have already forced some of the biggest companies in the world like McDonald’s, Starbucks, and KFC, to commit to using only responsible palm oil, not linked to deforestation.

If we all come together now, we can do the same for cocoa too.

Tell Cadbury and Ferrero -- commit to a plan of no new deforestation for cocoa worldwide.