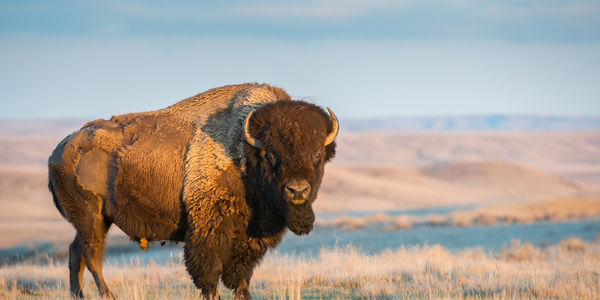 As more and more people seek outdoor activities amidst the COVID-19 pandemic, national parks are again experiencing massive summer crowds. This is not inherently a bad thing -- until people who are visiting continue to approach wildlife, putting themselves and the animals in question at risk. For the second time in just a few days, a person was attacked by a bison at Yellowstone National Park. The woman involved was brutally gored while returning to her vehicle earlier this month. Clearly, there needs to be an awareness campaign at national parks to educate visitors on appropriate distances from wildlife, because these examples are harrowing and we cannot allow any more dangerous and easily avoided human-animal encounters in our parks. For the good and safety of animals and people alike, we need solutions.

Sign now to demand Congress increase funding for  our National Parks so that they can better educate and enforce safe distances from wildlife! Human and animal lives are at stake!

National parks around the country have been struggling to figure out how to manage large crowds, and especially the tendency of Americans within those crowds to approach wildlife recklessly and dangerously. At Yellowstone National Park, visitors are required to remain at least 75 feet away from all large animals, including elk, coyotes, and bison, and at least 300 feet away from bears and wolves. But many visitors continue to attempt to feed or pet animals, foolishly thinking that because they have access to these creatures through the parks, they can treat them like tame pets or petting zoo animals. This can in turn either cause a human injury or encourage animals to approach people.

In an age of social media, even more visitors are attempting to photograph animals from dangerous proximities. When animals learn to approach people regularly, or become accustomed to getting so close to humans, they can end up being killed by officials because they are at an increased likelihood to prompt dangerous human-animal encounters. These are species that have faced the brink of extinction and been brought back through extensive conservation efforts. Why risk another one having to be killed, only to get a picture for Instagram?

More funding would solve many of these problems, as it would allow parks across the country to better support visitor education programs, enforcement on grounds, and signs and signals throughout the parks as reminders. We must put pressure on Congress to better fund our National Parks to keep both people and animals safe. Sign the petition now if you agree!