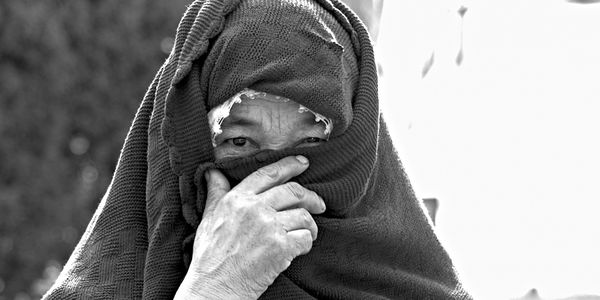 This genocide has now reached an international scale. Demand the UN prevent the extermination of Uyghur peoples.

For nearly a decade, the government of China has been waging a one-sided war of ethnic extermination against an entire population of people known as the Uyghurs. The Uyghurs are an ethnic minority primarily from the Xinjiang Uyghur Autonomous Region in Northwest China. Most importantly, they are Muslim — and officials in China see the basic fact of their religion as somehow an inherent threat to their political dominion.

Now, its campaign of death has just hit a massive escalation point. Within the past several years, countries around the world — primarily in the Middle East — have been starting to cooperate with Chinese authorities in this mission. How? By deporting any Uyghurs who have escaped to their countries. Knowing full well that by deporting these people, they are sending them to their deaths.

Sign the petition to demand justice! The United Nations MUST take action!

Over a relatively short period of time, China has rounded up millions of minorities and specifically, more than 2 million Uyghurs, and put them into "re-education camps" — more accurately described as true concentration camps. In these secretive black-box facilities, they are tortured, electrocuted, stripped of their culture, separated from family, deprived of sleep, and coerced into forced labor. And often, they are never seen or heard from again.

As a result, many Uyghur families have fled China in search of safety abroad. As Muslims facing persecution, a seemingly obvious choice for relocation was Muslim-majority countries such as those in the Middle East. Yet this quest for security is now ending in betrayal and terror for many.

The Human Rights Watch conducted an intensive investigation and determined that the Chinese authorities had "tracked down hundreds of Uyghurs" around the world and forced their deportations from other countries — so that they would return to face the horrors of these camps.

Egypt, the United Arab Emirates, and Saudi Arabia in particular have shown willingness to detain fathers, brothers, family members without providing any justification for these arrests. Then, with no notice to anyone in these individuals' lives, they are suddenly gone — sent to China, with the trail gone cold and silent. Chillingly, the Turkish government has even now ratified an extradition treaty with China, which could increase the likelihood of these disappearances happening even more in the future. Wives, children, and more are left behind with no knowledge of what has happened, desperate for answers, and utterly powerless to change anything.

This frightening display of international cooperation with genocide must not be allowed to continue. The United Nations has a moral duty to get involved. It must not allow such ethnic cleansing to continue! Sign the petition now!
Sign Petition
SHAREShare this petition with friends!TWEETEMAILEMBED
Sign Petition
See more petitions:
You have JavaScript disabled. Without it, our site might not function properly.

Care2
This genocide has now reached an international scale. Demand the UN prevent the extermination of Uyghur peoples.
SHARETWEET