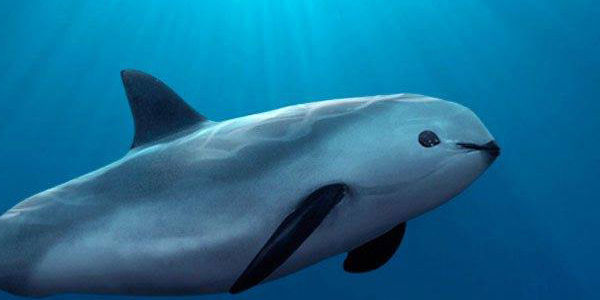 Stop the illegal trade and save the vaquita

There are only 97 vaquita left in the world. Smugglers in Hong Kong are the number one threat, but we have the power to stop them!

The vaquita are being caught and drowned by fishermen chasing the endangered totoaba. The totoaba are prized in China for their swim bladders, and Greenpeace has evidence that they are being smuggled right now into Hong Kong with impunity.

The Mexican government already placed a two-year ban on destructive gillnet fishing in the vaquita's home, and even the United States has stepped up efforts to stop the illegal trade. But inaction in Hong Kong threatens this progress!

Hong Kong must never be a hub for the illegal trade in endangered animals.

We, the citizens of Hong Kong and around the world, call on you to take prompt actions to stop the illegal smuggling of totoaba fish maws (swim bladders) via Hong Kong, for the sake of saving the remaining 97 vaquitas living in the Gulf of California, Mexico.

The vaquita and the totoaba are not just faraway animals with strange names, but also symbols of the terrible cost of human greed, on the verge of disappearing from the planet forever. Both species have been classified as the most critically endangered species for around 30 years, which means they need strict protections.

However, Greenpeace's recent investigation in the dried seafood street in Sheung Wan HK did reveal the fact that indeed illegal totoaba fish maws can be found and traded in Hong Kong, which then is used to fuel the money driven game by those reckless traders and speculators.

Hong Kong is proud of having one of the freest ports in the world, but shamefully it turns out to be the laundering hub of trading endangered species illegally. We urge you to stop those ruthless traders from abusing Hong Kong's free trade status and taking advantages from the poorly endangered species including totoaba.

We, the global community, call on Mr. CY Leung to STOP such illegal trade of totoaba fish maw, and to take tangible steps to eradicate the smuggling by doing the following immediately:


Every box or shipment of totoaba discovered and intercepted would send a strong signal to smugglers that Hong Kong will not tolerate this crime. Please ensure that this black market cruelty does not have the ground to continue and the crucial trade ethics and responsibility could be rebuilt in Hong Kong.

Stop the immoral trade and cut the link to destructive fishing!

Sincerely,
[Your name here]
Sign Petition
SHAREShare With FriendsTWEETEMAILEMBED
Sign Petition
See more petitions:
You have JavaScript disabled. Without it, our site might not function properly.

Care2
Stop the illegal trade and save the vaquita
SHARETWEET