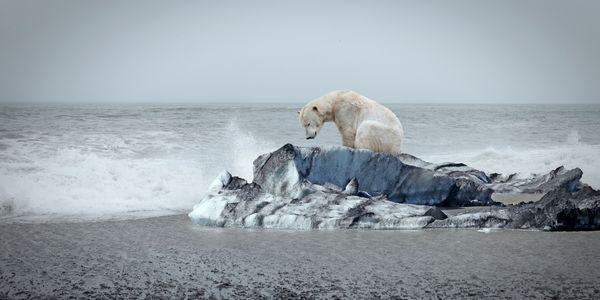 Victor the iconic polar bear has died, and his entire species could be extinct by the end of the century

Victor the polar bear was an amazing 22 years old when he died in late August, 2020. He was the oldest polar bear in the UK, where he lived happily at the Yorkshire Wildlife Park "enjoying the lakes and expansive habitat" with four other polar bears to play and socialize with. Victor was a champion of his species, fathering 13 cubs while in a conservation breeding program.

But Victor's contribution to the vulnerable state of the polar bear population is far from enough. Scientists are now saying that by the end of this century, in less than 80 years, the polar bear could completely vanish from the earth due to climate change.

Do not let Victor's life have been in vain! Sign the petition to tell the Environmental Protection Agency (EPA) to halt their relentless attack on legislation that was put in place to curb climate change!

Climate change is a rollercoaster and we are approaching the peak from which there is no return. Due to human development, greenhouse gas emissions have skyrocketed and with them global temperatures. By the end of this century, there will simply not be enough sea ice in the Arctic Ocean to support polar bear populations, driving them inland. With high temperatures lasting for longer seasons, polar bears will have to fast for unprecedented amounts of time. This will not only drive up adult deaths -- mothers will not be able to provide their babies with the vital nourishment they need. This is death on a scale that the polar bear populations cannot withstand.

But at the same time when one of the world's most iconic species is on the brink of extinction, Trump and his EPA are fast tracking rollback after rollback of important environmental protections in order to benefit the gas, oil, and construction industries. It's hard to even keep up, with a new rollback announced almost daily -- by the time of Victor's death, Trump had successfully taken away 68 regulations, and still has his sights on eliminating 32 more. With these rollbacks, he is increasing the amount of permissible emissions from power plants and vehicles at a time when we know emissions need to shrink. He is also opening up vital wildlife habitat, some of which is the very habitat polar bears rely on, for drilling.

If Victor's death stands for anything, it is the plight of his entire species. Remind Trump and his EPA that there are people out there who will speak for Victor and the rest of his polar bear family when they cannot speak for themselves -- we share this earth with them, and we cannot let Trump set it on fire.

Sign the petition and demand that Trump and the EPA immediately halt the rollbacks of any more environmental rules or regulations immediately!

Care2
Victor the iconic polar bear has died, and his entire species could be extinct by the end of the century
SHARETWEET