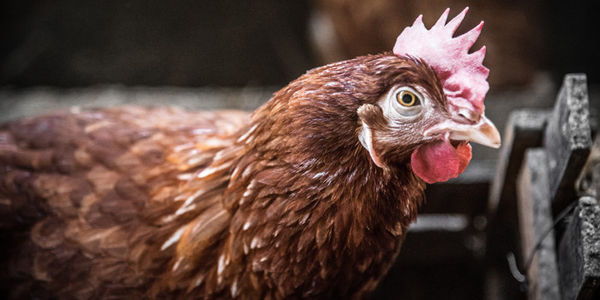 Since 2013, over 4 million farm animals have been killed in at least 680 barn fires in the United States. An analysis by the Animal Welfare Institute indicates that 98 percent of these animals were birds, mainly egg-laying hens and chickens raised for meat. Since 2017 alone, more than 2.5 million hens and 285,000 meat chickens have tragically burned to death.

Trapped inside burning barns and enclosures, farm animals struggle helplessly to escape as they endure unimaginable suffering. These tragic events should sound an alarm, yet because farm animals are viewed as expendable commodities, their deaths seem to be of little concern to an industry that produces animals by the billions.

In fact, the egg and poultry industry has opposed efforts to require fire prevention improvements in animal housing without proposing any alternatives to address this catastrophic problem. If poultry companies are going to cram birds by the thousands into massive sheds with no chance of escape, the least they can do is try to spare these animals an excruciating death.

In four recent catastrophic barn fires, a total of more than 734,000 chickens were killed. Unfortunately, this is just a fraction of the 2.5 million hens and 285,000 meat chickens that have died in potentially preventable barn fires across the country since 2017. Unless immediate action is taken to prioritize fire prevention and suppression by the poultry and egg industry, mass fatalities will continue to occur.

In the past, your organization, along with other industry associations, have opposed efforts to require fire prevention improvements in animal housing facilities. Yet, as the death toll continues to rise, your association has not put made any meaningful attempts to address this problem.

A range of options are available to producers that can help prevent and suppress future fires and reduce loss of life. These include enlisting the local fire department to perform annual hazard inspections, installing smoke and heat detection systems, adding sprinkler systems, drafting emergency plans under the guidance of a fire protection engineer, and properly training employees in these procedures. In areas with limited water supply, producers also can build on-site water storage containers.

As a conscious consumer, I respectfully urge you to work with your members and industry partners to take immediate action to prioritize fire prevention and suppression. These animals deserve basic protections that will spare them an excruciating death by fire.

Thank you, and I look forward to hearing from you.