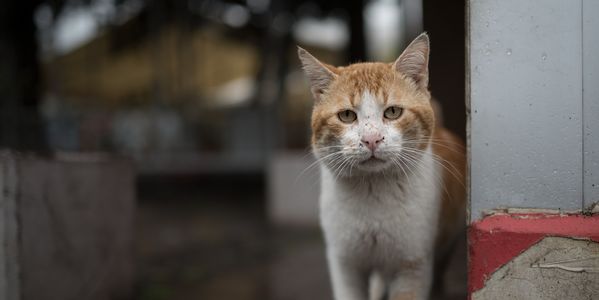 This Influential Institution Has Classified Cats as Invasive, Which Could Lead to Violence! Demand an Emphasis on Spay and Neuter Programs!

This year's International Cat Day is August 8, but cat lovers and advocates in Europe will have little time to celebrate – they are too busy working overtime to protect cats from a confusing, inflammatory classification that could put the beloved animals in terrible danger.

Sign the petition and demand that the Polish Academy of Sciences quickly and clearly express its support for trap, neuter, release (TNR) programs for the management of cat populations!

The Polish Academy of Sciences has come under fire for their recent classification of domestic cats as an "invasive alien species." While the classification may be well-intentioned, meant to emphasize the importance of cat owners keeping their furry felines inside to protect birds and other wildlife, many activists, advocates, and animal lovers fear this classification will lead to horrific culls or abuse of cats! By naming cats as unwelcome pests without clarifying what to do with this information, the institution risks bringing violence upon the domestic cats that we love, or the strays and feral cats that need our help.

Culls, or mass killings, have been utilized for years by countries, states, and cities to control fast-breeding cat populations. Often performed with guns or poisons, these mass killings leave cats dead, traumatized, or maimed – and often have no way of determining what is a stray or feral cat, and what is a cherished family pet. But the bottom line is that no cat deserves to die this way. If cats are defined as pests without any further guidelines, these culls may well increase, along with instances of abuse from individuals who view the now maligned cat as a creature undeserving of kindness.

TNR programs, on the other hand, are a humane and effective way to maintain balance between wild cat populations and the birds and wildlife they prey on and disturb. Stray or feral cats are caught, neutered or spayed, and then released back into the wild – where they can live happily without contributing to the next generation of cats. They are often even given comprehensive medical care while they are being kept for their spay or neuter procedure! There is clear evidence that these programs work if implemented correctly, which means the Polish Academy of Sciences should have no problem getting behind them!

The institution's decision to classify cats as an "invasive alien species" may not have had malicious intent – in fact, we're all for protecting biodiversity and the environment! But announcements like this must be made with diligence and care, especially when other animal lives are on the line. They have already made a statement that they are expressly against animal cruelty – now they need to go the extra mile, and make it clear how to humanely treat and manage domestic cat populations! Sign the petition if you want to see the Polish Academy of Sciences get behind TNR programs in Poland, Europe, and beyond!
Sign Petition
SHAREShare With FriendsTWEETEMAILEMBED
Sign Petition
See more petitions:
You have JavaScript disabled. Without it, our site might not function properly.

Care2
This Influential Institution Has Classified Cats as Invasive, Which Could Lead to Violence! Demand an Emphasis on Spay and Neuter Programs!
SHARETWEET