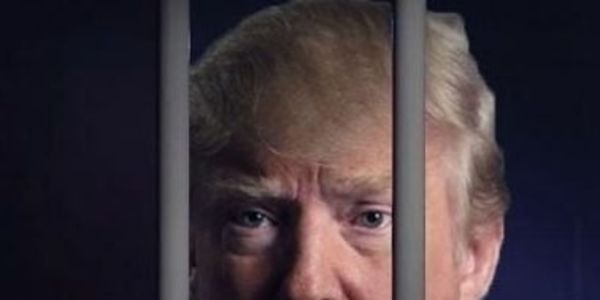 The People's Voice vs Criminality of our Gov't Leaders: Uphold the Law of the Constitution their oath

GOP Senatorial duties as elected representative are duty-bound by their oath:
"Do you solemnly swear that in all things appertaining to the trial of the impeachment of Donald John Trump, president of the United States, now pending, you will do impartial justice according to the Constitution and laws, so help you God?" to exercise fiduciary responsibility as well as loyalty TO Democracy, our Constitution and rule of law TO uphold the law as so said within this text and by DUTY to your oath during these forthcoming impeachment proceedings. The following are our demands as WE, the People who have elected you in office and pay taxes for the CONSTRUCTIVE, safe and functional operations of THIS COUNTRY; OUR COUNTRY.
WE, the People, speak with expectations and deserving of the following:

* Transparency: The transparency of our individual, elected representatives is a duty AND obligation to and among the people-your taxpaying, voting constituents.
1. WE, the People, expect and deserve that news/media camera's to BE allowed inside the impeachment trial proceedings. There is SPECIAL and IMPORTANT reasoning and importance for this!BECAUSE of previous misuse and abuse of media information manipulation by either party, BECAUSE the Impeached party, et al has a long and prolific of nontruth telling and IS alleged of many criminalities WE, the People expect, deserve and demand that ALL be heard simultaneously with ALL allegations and defenses presented directly in view and audio of ourselves. To do less is violating OUR Constitutional rights and does not enforce trust WE, the People, expect, deserve and demand AS part of this countries democracy! To do less is covertly executing procedures that will evidence and/or disclose the VERY information we NEED to ascertain a valid and safe decision WE want, expect, and deserve from OUR civil servants. This is not nor should be a singular decision by a defending party of which purpose, if they so do-refrain camera's from chamber interiors-is NOT a valid choice to be executed by the DEFENDING party! 1.A. WE, the People, expect and deserve SAME said in part #1 above but in reference TO reporters able to be in and exit impeachment trial chambers for purposes of informing the public-WE, the People.  * Fair trial: Relevant, related, valid witnesses2. WE, the People, expect, deserve and demand that the defending party in these impeachment trial proceedings to present relevant, relative, valid witnesses answering to and strictly TO the articles imposed by the House of Representatives who are party TO the articles set forth and not witnesses to invoke and/or present distraction, doubt or deflection on ANY OTHER counts or issues defense may use as a ploy to attempt to dilute or confuse or cause integrity doubt of the prosecution impeachment articles established. 2. a. WE, the People, expect, deserve and demand that the defending party to refrain from using/MISusing media and/or any avenue to public airing for POLITICAL purposes byWRONGFULLY, OFFENSIVELY, UNPROFESSIONALLY, UNDUTIFULLY asserting negative, untrue insults to these proceedings or parties initiating these proceedings. This is BLATANT and irresponsible abuse of their/those powers which are nothing but destructive to the justified and warranted intent of the proceedings; to parties initiating the proceedings; to patriotic Americans and our democratic America as a whole.
The defense must and should adhere to the Rules of Law and their Oath to uphold the law by introducing substantiated facts and witnesses to support their case; not to degrade themselves nor proceedings to 'street fighting' tactics which only supports there IS NO REAL DEFENSE vs demeaning and/or undermining proceedings by their initial and seemingly intent of ongoing with these unprofessional, sloppy, wrongful, basically almost illegal tactics.
To do so wastes time, is an attempt to dilute and/or confuse the defense and/or proceedings to arrive at a clear, concrete delivery of fact.   To do so is an attempt to intentionally mislead and/or confuse ALL followers to believe untruths via demeaning the House of Representatives, THEIR legitimate and compelled by criminal acts and abuse of the Constitution and the process of this legitimate DUTY OF THEIR OVERSIGHT generated to PROTECT the Constitution, democracy, 'WE, the People' and rule of law. To do so, shreds evidence there IS no REAL defense of/by FACT, but a manipulation through demeaning true, substantiated, real, continuing criminal acts bordering on treason by the parties this impeachment trial IS generated to execute by the ACTIONS of the defendant(s).

Care2
The People's Voice vs Criminality of our Gov't Leaders: Uphold the Law of the Constitution their oath
SHARETWEET