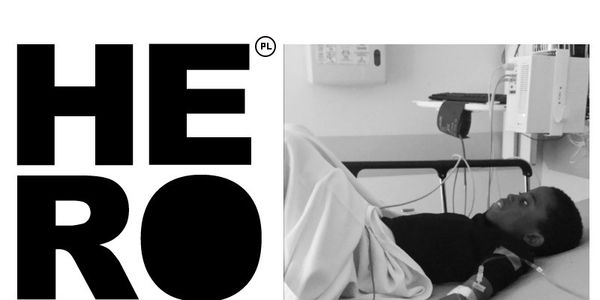 The Sickle in Me is a foundation solely for the education awareness life longevity and general well-being of those who suffer from the disease of Sickle Cell Anemia.

Sickle Cell Anemia is the Most Common Genetic Disease at BIRTH

Whereas sickle cell disease is characterized by a mutation in the shape of the red blood cell from a smooth, circular shape to a crescent shape, which can result in the blockage of small blood vessels and the impairment of blood flow, thus leading to a reduction in red blood cell survival and subsequent anemia;

Whereas the life span of persons with severe sickle cell disease can be reduced by as much as 30 years;

Whereas approximately 5% of the world’s population carries the trait gene for sickle cell disease, with the percentage of carriers of the gene being as high as 25% in some regions;

Whereas thalassemic disorders are also inherited and result in the afflicted not being able to make enough hemoglobin, which is found in red blood cells and carries oxygen to all parts of the body;

Whereas a lack of hemoglobin in red blood cells prevents oxygen from getting to all parts of the body, which results in organs becoming starved for oxygen and unable to function properly;

Whereas thalassemic disorders are most commonly found in Asia, the Mediterranean basin and the Middle East;

Whereas the management of sickle cell disease and thalassemic disorders is inadequate in Canada;

And whereas the Parliament of Canada believes that the prospects and life circumstances of patients suffering from sickle cell disease and thalassemic disorders must be improved through the development of a comprehensive national strategy for patient care;

1. This Act may be cited as the National Strategy for Sickle Cell Disease and Thalassemic Disorders Act.

2. Within 30 days after this Act comes into force, the Minister of Health must initiate discussions with the provincial and territorial ministers responsible for health for the purpose of

(a) developing a comprehensive national strategy for the health care of persons afflicted with sickle cell disease and thalassemic disorders, including medical services and lifelong emotional and social support;

(b) developing national standards on universal screening to identify infants with sickle cell disease, other hemoglobinopathies and hemoglobinopathy carriers;

(c) developing centres of excellence for both pediatric care and adult care;

(d) assessing best practices for providing the support structure that is necessary for patients to succeed at school and in the workplace and for minimizing the impacts on their families, such as underemployment and unemployment;

(e) developing information regarding sickle cell disease and thalassemic disorders to be available for medical education in order to prepare physicians, nurses and other health care providers to meet the needs of Canada's diverse populations; and

3. In recognition of the role of advocacy groups in enhancing the quality of life of persons afflicted with sickle cell disease and thalassemic disorders, the Minister of Health must, within six months after this Act comes into force, introduce legislation to establish a program for providing funding to such groups.

4. Throughout Canada, in each and every year, the 19th day of June is to be known as “Sickle Cell Disease and Thalassemic Disorders Awareness Day”.

Not a legal holiday

5. For greater certainty, Sickle Cell Disease and Thalassemic Disorders Awareness Day is not a legal holiday or a non-juridical day.