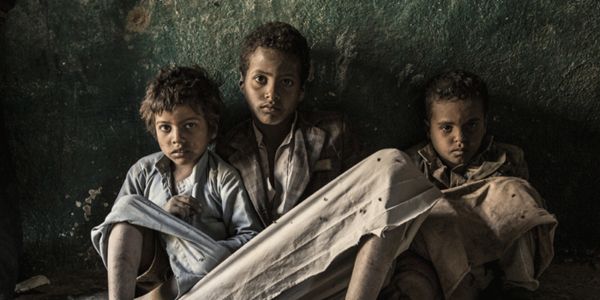 March 26 marks the fourth anniversary of the conflict in Yemen. For four years, the humanitarian situation has continued to deteriorate and civilians bear the brunt of the violence. There has been a 63% increase in incidents of gender-based violence - including rape and sexual assault - since the conflict began.

Canada is providing lifesaving humanitarian assistance to Yemen – but it is doing so while simultaneously arming one of the parties to the conflict. At the moment, Canada sells weapons to Saudi Arabia because of an arms deal that predates this government. Credible media reports have suggested that Canadian weapons sold to Saudi Arabia are being used to commit serious human rights violations and cause more suffering to innocent civilians in Yemen. It is time for the Government of Canada to cancel its arms deal with Saudi Arabia.

On the fourth anniversary of the conflict, let's unite our voices and show the Canadian Government that we support an end to the arms deal with Saudi Arabia.

Here is how you can make a difference: Email Minister Freeland today.

March 26 marks the fourth anniversary of the conflict in Yemen. As you are aware, this conflict-fueled humanitarian crisis is absolutely devastating. An estimated 80 per cent of the population now requires humanitarian and protection assistance.

Women and girls are bearing the brunt of the crisis, facing increased gender-based violence, unequal access to services, and dangerous levels of malnutrition that impact their health and prevent them from having healthy pregnancies and babies.

All warring parties, including the Saudi-led coalition, are violating international humanitarian law. No country should be directly or indirectly supplying weapons, munitions, military equipment or technology that could be used in the conflict.

I am concerned that, through its arms deal with Saudi Arabia, Canada is complicit in the unnecessary and inexcusable suffering of innocent Yemeni women, men and children.

Today, I use my voice to ask Canada to join countries such as Denmark, Finland, Germany, Switzerland, Greece and Austria that have either suspended or terminated arms transfers to the Kingdom of Saudi Arabia.

Canada's feminist approach to international assistance and foreign policy holds tremendous potential. But it is incoherent to focus on women through humanitarian assistance while fueling a war that disproportionately harms them.

We know that your government is looking into ways to end the arms deal with Saudi Arabia. I want you to know that Canadians care about this and would support this move.