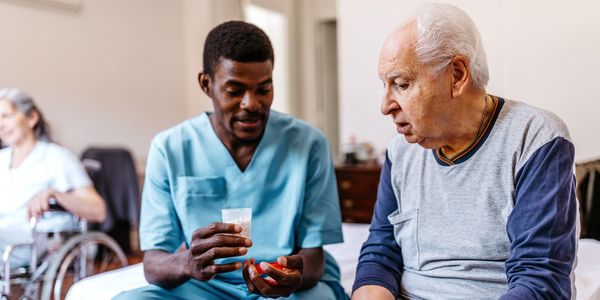 Home and eldercare workers are the backbone of our society, yet they are underpaid, overworked, and undervalued!

It's understandable to want to avoid thinking about the final chapters of one's life -- that's one of the reasons why eldercare workers are such heroes.

This profession, dominated by women and particularly women of color and immigrants, uplifts and provides care for folks who are aging and less able to fend for themselves -- and yet they are underpaid, overworked, and underappreciated.

Sign the petition and demand that the U.S. federal government elevate this important work, starting with increasing the minimum wage for eldercare and home care workers!

They are with people right up until the ends of their lives. It is up to the members of this industry to provide compassionate care and dignity to the elders in our society, whether it be at home, or in residential or nursing facilities. But historically, these positions have been treated with a lack of respect or material support. It wasn't even until 2015 that they received the federal minimum wage protection that most other industries have had for years.

It doesn't take too many steps back in history to understand why eldercare workers are not paid as essential, treated as highly-skilled, and recognized as professional, even though they absolutely are. That's because they are part of the domestic workforce, which has been historically provided for free by women in the nuclear family, and before that, enslaved people owned by those families. This is work that has never been fairly compensated and often taken for granted.

And now, in 2021, this drawn out inequity is backfiring like never before. "More than 800,000 older and disabled people...are on state waiting lists for home care," while the industry faces a labor shortage -- elder and home care workers simply cannot afford to work in a field where they are so undervalued and underpaid, especially during a pandemic where they were asked to risk their lives. The only way to care for these workers, and to have a chance at caring for our rapidly aging population, is to finally treat them with the respect and material support they deserve.

Sign the petition and ask Congress to raise federal minimum wages for eldercare and home care workers in the 2022 budget!

Care2
Home and eldercare workers are the backbone of our society, yet they are underpaid, overworked, and undervalued!
SHARETWEET