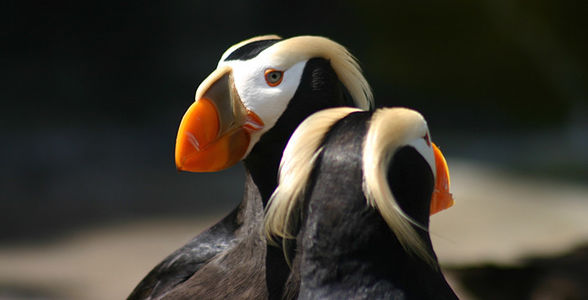 The environmentally destructive Pebble Mine project would irreversibly damage Alaska's Bristol Bay and its 27 globally significant Important Bird Areas. More than 190 bird species rely on its richly productive waters. Moreover, Bristol Bay has the world's largest sockeye salmon run, playing a central role in the cultural and spiritual identity of tribes in the area and employing tens of thousands of people in fishing, outdoor recreation, and tourism.

The Pebble Mine project jeopardizes this entire irreplaceable watershed and would harm people, marine life, and birds around the globe.

Urge the U.S. Environmental Protection Agency to veto the harmful Pebble Mine project.

As someone who cares deeply about our country's natural heritage, I'm writing to urge you to use your authority under section 404(c) of the Clean Water Act process to finalize the Proposed Determination and veto Pebble Mine, which would irreversibly poison the waters of Alaska's Bristol Bay.

The proposed Pebble Mine would be North America's largest open-pit gold and copper mine and directly threatens more than 190 species of birds that migrate there each year, destroying their habitat and contaminating their food sources.

The Yup'ik, Dena'ina, and Alutiiq Tribes in the region, as well as scientists and mine opponents, have advocated against Pebble Mine for decades. Last year, the Army Corps of Engineers rejected the Pebble Mine project as it would have "unavoidable adverse impacts to water and marine life." In addition to the impacts on globally Important Bird Areas, Bristol Bay is home to a $2.2 billion annual salmon fishery that provides 15,000 jobs and supplies 57% of the world's sockeye salmon.

In addition, Alaska's Bristol Bay is vulnerable to dramatic climate changes as drought, winter warming, and seasonal flooding will alter the region. Instead of investing resources into destructive projects like Pebble Mine, we should be supporting programs that protect Alaska's communities and habitats and create a resilient future.

Please veto the harmful Pebble Mine project and avoid adverse impacts on the people and wildlife who depend on Bristol Bay.

Sign Petition
SHAREShare With FriendsTWEETEMAILEMBED
Sign Petition
See more petitions:
You have JavaScript disabled. Without it, our site might not function properly.
The National Audubon Society protects birds and the places they need. By providing your mobile number and email address, you agree to receive periodic texts from 42248 and email updates about Audubon's conservation work and how you can help birds. Reply STOP to any text message to unsubscribe. Message and data rates may apply.