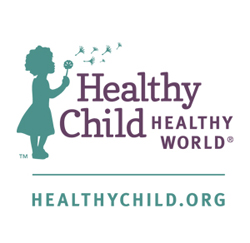 We're both moms who care a lot about the food our kids eat. Kellogg's Fruit Flavored Snacks contain artificial colors made from artificial food dyes that have been linked to allergies and hyperactivity in some children. Kids like fruit snacks, particularly brightly colored ones marketed to them in the shapes of their favorite movie characters. Moms may choose to give their kids fruit snacks because they think they are healthier than candy -- but they're not.

Erica says, "I was absolutely one of those moms that gave both of my children fruit snacks thinking it was better than candy. At the time, I wasn't aware of the potential harm from food dyes and didn't think twice because the word 'fruit' was attached. Now, I know better."

I urge you to remove food dyes from your fruit flavored snacks. While sugar is usually identified as the culprit in hyperactive children, some studies link the consumption of artificial food dyes to behavioral problems in kids, and even cancer.

Even with proper guidance, it's hard for children to avoid artificial food dyes, especially in foods marketed to them.

For example, Kellogg's Toy Story Fruit Flavored Snacks contain the artificial food dyes Yellow 5, Red 40, and Blue 1. These colors have been linked to hyperactivity and allergy-like effects in children. Additionally, Yellow 5 and Red 40 may be contaminated with cancer-causing agents, according to the Center for Science in the Public Interest. [http://www.cspinet.org/reports/chemcuisine.htm#dyes]

Artificial food dyes are everywhere. At least 15 million pounds of dyes are used in everything from candy and fruit snacks to pickles, bread, snack foods, sodas and dessert each year. Since 1955, there has been a five-fold increase in food dye consumption. We don't know what these dyes are doing to our kids over the long term. And there's no action to limit the dyes we know are dangerous. For example, Red 3 is a known carcinogen but it's still used in foods. Why?

European countries aren't waiting for more studies. In Britain, a warning label on foods made with artificial food dyes is required, forcing natural colors to be substituted in those products. That's why Kellogg's Fruit Winders snacks sold in Britain are made without food dyes, while the U.S. version of Kellogg's fruit flavored snacks still contains artificial colors.

Moms have made the mistake of giving our kids fruit snacks thinking that it contained fruit and that it was a healthier option than candy. But it's not true that fruit snacks are healthier. The combination of artificial food dyes and sugar make Kellogg's Fruit Flavored Snacks a double threat to our kids health.

We don't want to live in a world without colors. Or snacks. But let's do it naturally.

Kellogg's can do better. Pull the food dyes from your fruit flavored snacks and make a healthier snack. The moms of America will thank you.