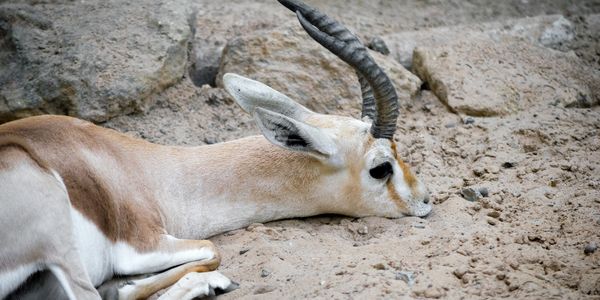 This place was deemed the “UK’s Worst Zoo,” and has been abusing animals for years. They must be shut down!

A mysteriously strangled lynx, found dead. Autopsies on ibises -- beautiful wetland birds -- revealing that they died from ingesting glass, long cables, and splintered wood. Other birds living amongst an infestation of rats. Broken heating leaving animals, many of them hot-weather breeds, in the freezing cold.

A death rate of 1 in 5 animals in a single year.

These are the conditions at Borth Wild Animal Kingdom in West Wales, branded the "worst zoo in Britain." Conditions so bad and deaths so high that last summer, the facility was banned from keeping big cats entirely. And after a check from Ceredigion County Council ​​officers in March of 2021, it is clear that the operation is still neglecting and endangering its imprisoned animals.

No more second chances! Sign the petition asking the Ceredigion County Council to shut down this abusive zoo for good!

Officers from the county council that toured the facility called for changes that were many and "urgent." The facility's pigs did not have access to clean water. Numerous enclosures, including ones that house a type of racoon and another of silver foxes, were either overgrown with restrictive hedges and foliage, or far too small -- both health hazards which don't allow the animals "to exercise and express natural behavior."

Two of the zoo's wolf dogs were clearly and terribly showing signs of stress, pacing in another enclosure that was deemed far too small. These same animals, the officers discovered, were not being properly vaccinated against diseases that could kill them -- a sickening realization when one takes into account that so many animals have died previously at the facility.

An enclosure where the antelope were being kept was closed in with rotting fencing, ready to fall away at any moment -- just last year, in March of 2020, three antelope had escaped from the zoo for the same reason.

Escapes from zoos are not just dangerous for the neighboring communities,they are dangerous, or even a death sentence, for the escaped animals. When a lynx escaped from Borth in 2017, authorities gunned it down, killing it.

The owners of this zoo are quick to blame anyone but themselves -- from old management, to the original volunteer turned whistleblower that warned of the neglect at the site. But all of this death, neglect, and abuse has occured when they've been the owners.

It is clear they are not equipped, or not willing, to provide a safe and humane home for their animals. So they shouldn't be allowed to run a zoo at all. Join us in asking Ceredigion County Council to shut down this cruel zoo for good -- sign the petition today!
Sign Petition
SHAREShare this petition with friends!TWEETEMAILEMBED
Sign Petition
See more petitions:
You have JavaScript disabled. Without it, our site might not function properly.

Care2
This place was deemed the “UK’s Worst Zoo,” and has been abusing animals for years. They must be shut down!
SHARETWEET