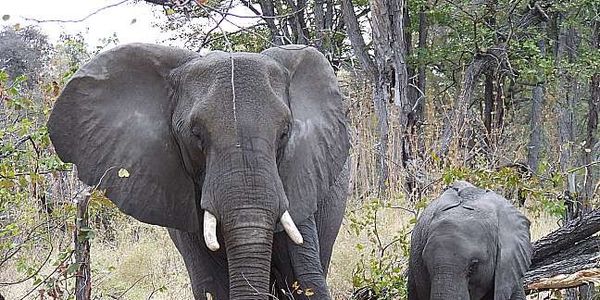 WITHDRAW LICENSE TO PRACTISE FROM CHRISTOPHER J. BONAR, THE VETERINARIAN WHOSE REPORT RESULTED IN 18 WILD ELEPHANTS BEING AIRLIFTED TO US ZOOS BEFORE A COURT JUDGEMENT

CHRISTOPHER J BONAR, a veterinarian employed by the Dallas Zoo, made an uninformed and completely biased certified statement to an American judge solely in order to lift a restraining order preventing 18 wild elephants from being imported to the Dallas Zoo, the Sedwick County Zoo in Wichita, Kansas, and Omaha’s Henry Doorly Zoo before a Court hearing protesting this action was due to be heard on March 17. TRAGICALLY, WE NOW LEARN THAT ONE OF THESE CAPTURED WILD ELEPHANTS HAS DIED.

The lawsuit against this import of the elephants was filed soon after a permit was issued and claimed that USFWS had a mandatory duty under the National Environmental Policy Act to fully evaluate and disclose whether the elephants, as a result of captivity, would suffer social, psychological, behavioral, and physical impacts for the rest of their lives. The lawsuit, brought by Friends of Animals, was supported by the world’s foremost experts on elephants, including Dr. Marc Bekoff, Dr. Joyce Poole, Dr. Phyllis Lee, Dr. G.A. Bradshaw and the entire board of the Elephant Specialist Advisory Group..

Every major elephant expert and welfare charity, as well as a huge section of the public has condemned the proposed export of these wild elephants from Swaziland, which was achieved through the bribe of $450,000.

This unprincipled veterinarian, Christopher J. Bonar, was not with and had never been with these wild elephants, which are now sentenced to a lifetime of captivity, isolation and suffering as a direct result of his unprofessional action on behalf of his employers, the Dallas Zoo.  He is a disgrace to his profession and should have his License to Practise withdrawn.

TO WHOM IT MAY CONCERN

As you will see from the above petition, veterinarian Christopher J Bonar submitted an uninformed and inaccurate certified statement to an American judge, which caused the restraining order on the import of 18 wild elephants to be lifted before a hearing protesting this action was to take place on March 17

Christopher Bonar did not act on behalf of the wellfare of these wild elephants, but solely on behalf of his employers, Dallas Zoo, who, with several other zoos, intend to inflict unsuitable conditions, containment, stress and suffering on these animals for the rest of their long lives in order to exhibit and profit from them.

As this goes totally against the ethics of the veterinary profession, I would respectfully ask you to withdraw the License to Practise from Christopher J. Bonar.

Care2
WITHDRAW LICENSE TO PRACTISE FROM CHRISTOPHER J. BONAR, THE VETERINARIAN WHOSE REPORT RESULTED IN 18 WILD ELEPHANTS BEING AIRLIFTED TO US ZOOS BEFORE A COURT JUDGEMENT
SHARETWEET