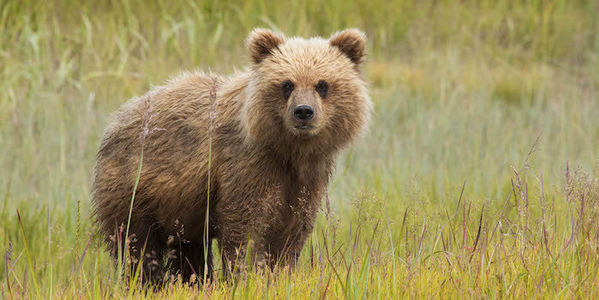 Protect Alaska’s wildlife from the cruelest methods of hunting!

The National Park Service has proposed a rule that would ban certain extremely cruel methods of trophy hunting and trapping on Alaska's national preserves. This is a major step forward to protect some of our nation's most iconic wildlife, including bears and wolves.

These practices include some truly horrific methods that most hunters abhor, like killing hibernating mother black bears and their cubs in their dens, shooting wolf and coyote pups, their parents and extended pack members at birthing dens, shooting vulnerable caribou while they are swimming, using dogs to hunt black bears, and using bait like donuts and meat scraps to attract and subsequently kill brown and black bears.

Although we were able to get these practices banned in 2015 under the Obama administration, in a move clearly pandering to trophy hunting interests, the Trump administration allowed the practices to resume in 2020. We have been fighting this decision for the past two years, pressuring the agency to reconsider. And our efforts have paid off.

Now we need your help to ensure the National Park Service finalizes this important rule. National preserve lands should be a safe haven for animals, and we should be working to protect them, not making it easier for trophy hunters to gun them down.

I am writing to urge the National Park Service to finalize the Alaska; Hunting and Trapping in National Preserves rule to once again prohibit the extremely cruel and unsporting hunting and trapping practices currently allowed on 20 million acres in Alaska's national preserves. I was distraught when the Trump administration decided to reverse the Obama administration rule in 2020. But I'm delighted to see that NPS is taking steps in the right direction for the wildlife living on these preserves in Alaska.

I support the language in the proposed rule that bans such horrific practices, including killing hibernating mother black bears and their cubs in their dens with the aid of artificial lights, shooting wolf and coyote pups, parents and extended pack members at their birthing dens, shooting vulnerable caribou while they are swimming, using dogs to hunt black bears, and using bait like donuts and meat scraps to attract and subsequently kill brown and black bears.

While perpetrators of this grisly violence sometimes claimed a need to reduce numbers of native carnivores in order to boost prey species for hunters, the science has shown that it simply does not work. An attempt to manipulate nature in this way produces terrible results. We have seen brown bear populations in Alaska, for example, dwindle because of the state's intensive management practices, and a 22-year-long National Park Service study shows that Intensive Management even harms wolves inside preserves.

Finalizing this rule is also a win for the state of Alaska. A million wildlife watchers trek into the state each year and add hundreds of millions of dollars to local economies—a much higher contribution than from the handful of trophy hunters seeking to kill the animals. In fact, compared to wildlife watchers and others in Alaska, hunters and trappers contributed only 0.3% of the total $12.2 billion spent on total outdoor recreation, according to 2019 data from the Bureau of Economic Analysis.

Additionally, by large majorities, most Alaskans oppose these unfair and unsporting hunting practices. And this is also a rule that all Americans should support—with thousands of them heading to National Park Service lands in Alaska each year for the simple pleasure of watching and enjoying their iconic wildlife while they're alive and thriving. Ensuring that these practices are banned will allow Alaskans, and all Americans, these opportunities for years to come.

It is critically important that this rule is swiftly finalized to protect wildlife from egregious methods of hunting.