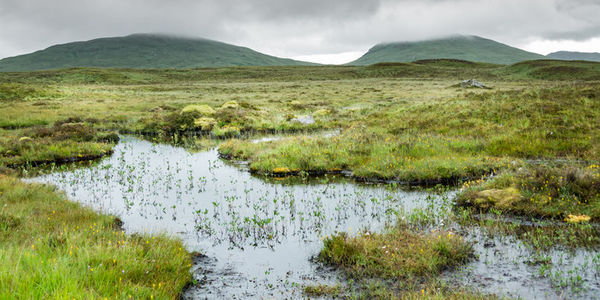 Scottish peatlands are as important to stopping climate change as the Amazon rainforest. They must be protected now!

So many of us know about the ecological importance of the Amazon rainforest, and how genuinely earth-shattering it is that these forests are on fire. But not many of us know that an environmental feature just as important is currently being destroyed... in Scotland.

Sure, the idea of saving moss is not quite as sexy as towering rainforests, but that doesn't make it any less imperative. In fact, despite covering only 3% of the earth's lands, peat moss holds approximately one third of the carbon in the earth's soil. Preserving them helps to absorb more carbon from our atmosphere and therefore slow the effects of climate change — while destroying them means releasing all of the carbon they've thus far stored.

Sign the petition to demand that the United Kingdom implement stronger protections for peat moss! They must also officially ask for Unesco world heritage status!

Peatlands are a type of soggy, boggy wetland soil that can run up to 50 feet deep, and is partly made up of decomposed trees, leaves, and other foliage. They're not gorgeous to look at or fun to walk on — and that's part of why, for decades, people in Scotland have been draining them to try and replace them with trees.

Scotland isn't the only part of the world with peat. But it does need to be reminded how precious these types of land are. Right now, the British government is considering whether or not it will ask Unesco to list a portion of the Scottish peatlands as a world heritage site. If the 1,500 square mile region called "the Flow Country" were added to the world heritage list, it would be a huge step towards increased conservation of these crucial bulwarks against global warming.

As Professor Des Thompson says, the Flow Country is "the single largest peat deposit in the world and therefore it's the single largest carbon repository in the world; it's the world's largest in terms of one block, one expanse of blanket bog." If the UK were to successfully gain world heritage status for this track of land, it could catapult the entire country towards reaching its goal of going net carbon zero.

While Western countries rail against poorer nations for failing to sufficiently protect the environment, oftentimes we haven't been doing any better. That doesn't mean we don't need to save the rainforests! We absolutely do. And — just as crucially — we need to immediately begin taking steps to shut down human destruction of Scottish peat moss.

Tell leaders in the UK that they must request world heritage status for the Flow Country as well as pass stronger conservation measures to preserve peat moss and save our planet!
Sign Petition
SHAREShare this petition with friends!TWEETEMAILEMBED
Sign Petition
See more petitions:
You have JavaScript disabled. Without it, our site might not function properly.

Care2
Scottish peatlands are as important to stopping climate change as the Amazon rainforest. They must be protected now!
SHARETWEET