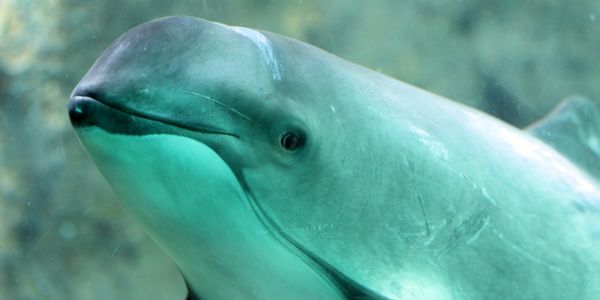 These Aquariums Need a COVID-19 Bail Out, But They Shouldn’t Get It Until They Promise To End the Cruel Captivity of Whales and Dolphins!

Zoos, aquariums, and marine parks are problematic places at best. While there is certainly a humane, compassionate way to provide the public with an education in animal life, as well as a glimpse at the magnificent creatures we share our homes with, very few institutions get it right. But the current predicament facing these establishments, and every human being, is unprecedented -- the COVID-19 pandemic. Flattening the curve of new cases has put an end to any and all large crowds for the time being, and that has left zoos, aquariums, and marine parks with no income -- which means the animals they are tasked with caring for are at risk of going hungry or being neglected in other ways.

The Alliance of Marine Mammal Parks and Aquariums, which consists of almost 30 facilities nationwide, has just requested $800 million from Congress to help them get by during COVID-19. By making this money conditional on certain policy changes that these establishments should make for the good of the animals, Congress has a chance to really help these animals live healthier, happier lives!

Sign the petition if you think Congress should only bail out The Alliance of Marine Mammal Parks and Aquariums if they promise to put an end to the captivity of whales and dolphins!

Whales, dolphins, and porpoises are all the same type of marine mammal, called cetaceans. These animals are highly intelligent and extremely social. So while they are popular for tourism, they are actually some of the worst candidates for captivity. In captivity, they cannot do what they would naturally do in the wild -- pick their own social circles, range for miles and miles to play, explore, and find food, and hunt live prey. In captivity, they are forced into social pods that they did not pick, bringing out unnatural and dangerous aggression towards tankmates. Dolphins and whales in captivity don't live as long as they would in the wild, suffering from depression, infections, broken teeth, and other stress related illnesses.

Cetacean captivity isn't great for people either. In the wild, there have been zero cases of orcas killing or even seriously injuring a person. In captivity, orcas have killed four people and injured many, many more. These orcas are not allowed to cope and behave in the ways that their species have for centuries -- depriving them of space or the natural stimulation of the world's oceans makes them understimulated, bored, and dangerous to humans and their fellow animals.

But these animals don't deserve to suffer just because the tourist attractions where they have been forced to live can't afford to keep them. By demanding that each and every facility that receives a part of this bail out money phases out the captivity of cetaceans, Congress would be providing both short term and long term solutions. Phasing out their captivity would be twofold: first, these facilities would have to stop importing whales, dolphins, and porpoises from outside the United States to be slaves for entertainment. Secondly, all cetacean breeding programs would need to end. These facilities are adamantly opposed to ever releasing captive-bred animals, which means these breeding programs are just greedy attempts at creating more money-makers -- even though it means a life of misery for these babies. Plus, why would these zoos and aquariums continue to breed animals that they cannot afford to feed or take care of?

Please sign the petition if you want Congress to make the bailout of The Alliance of Marine Mammal Parks and Aquariums conditional on every single one of them phasing out dolphin, whale, and porpoise captivity for good!

Care2
These Aquariums Need a COVID-19 Bail Out, But They Shouldn’t Get It Until They Promise To End the Cruel Captivity of Whales and Dolphins!
SHARETWEET