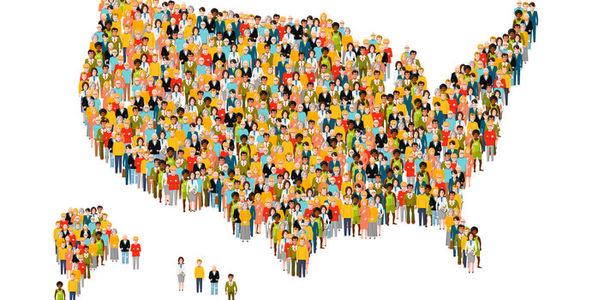 We Need Gun Violence Prevention: Pledge to be counted in the 2020 Census for Fairer Districts and Politicians

More than 600 people are killed with guns in Wisconsin every year, and a recent poll found that more than 80 percent of Wisconsinites support evidence-based gun violence prevention policies.

In response, some of our elected officials do exactly what Wisconsinites want and expect: They introduce commonsense gun violence prevention bills. Yet, year after year, a majority of our politicians have blocked those bills. In 2019, we saw a prime example of this, when the legislative leaders in Wisconsin refused to consider gun violence prevention legislation even after Governor Evers's called for a special session on gun violence. To change this pattern and finally pass lifesaving gun policies, we need fair politicians — politicians who actually represent the will of the people.

Why don't politicians feel the need to actually represent the people in their districts? The short answer is their districts are currently rigged. The district maps were drawn in such a way that politicians are picking their voters, instead of voters picking their politicians. In 2018, as a result of this partisan gerrymandering, Republicans received 48% of the vote statewide, yet they won 63% of the seats in the state assembly. That's not fair, and that's exactly why too many of Wisconsin's politicians can ignore the will of 80 percent of Wisconsinites. If we want fair, responsive politicians, we need to start with fair districts.

That's where you come in. Census data determines representation at all levels of the government, from school boards to congressional seats. It helps determine where the districts need to be altered and how to distribute $800 billion in federal resources. Thus, we need to make sure everyone is counted in the 2020 Census.

Taking the Census is the first step to getting fairer districts, responsive politicians and, ultimately, lifesaving gun laws.

Sign to pledge your participation in the 2020 Census, and do your part to ensure that the will of the people becomes the law of the land.
Sign Petition
SHAREShare this petition with friends!TWEETEMAILEMBED
Sign Petition
See more petitions:
You have JavaScript disabled. Without it, our site might not function properly.

Care2
We Need Gun Violence Prevention: Pledge to be counted in the 2020 Census for Fairer Districts and Politicians
SHARETWEET