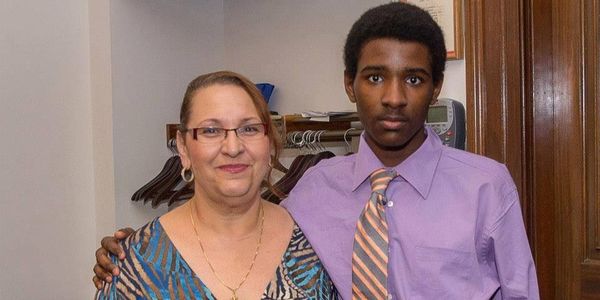 Evidenced Based Research should have us rethinking how we categorize Young adults in the Juvenile Justice System. Raising Ethical Questions of the Systematic Racism of locking up young Black Teenagers 18-25-year-old in Adult Prisons "Unfortunately, many of our nation's most extreme sentencing practices do disproportionately fall on the backs of people of color. Our youth are viewed as somehow being super predators."

We need to start by implementing the ruling retroactively, meaning that any inmate between the age of 18-25 should be moved back to the jurisdiction of the Virginia Department of Juvenile Justice for resentencing consideration.

For more than a decade, juvenile justice reformers have used developments in adolescent brain science and psychology to make their case for a system that emphasizes rehabilitation and second chances for young offenders.

Those same developments now are helping fuel an interest in how the criminal justice system treats young adults. This population has plenty in common with their younger counterparts because they, too, are still maturing, researchers and policymakers say.

And, because young adults ages 18 to 24 are disproportionately likely to commit crimes and to reoffend, they're a prime target in the quest to reduce mass incarceration, they add.

Based on evidence research, the human brains take about 25 years to develop, though these rates can vary among men and women.

Although the human brain matures in size during adolescence, important developments within the prefrontal cortex and other regions still take place well into one's 20s.

The findings raise complex ethical questions about the way our criminal justice systems punishes criminals in their late teens and early 20s. The effects environment can bring upon the cerebellum even further complicate the question; "when does a child become an adult", considering the answer might depend on the kind of childhood an individual experienced.

One key part of that trajectory is the development of the prefrontal cortex, a significant part of the brain, in terms of social interactions, that affects how we regulate emotions, control impulsive behavior, assess risk and make long-term plans. Also important are the brain's reward systems, which are especially excitable during adolescence. But these parts of the brain don't stop growing at age 18. In fact, research shows that it can take more than 25 years for them to reach maturity.

But we now know it's also involved in coordination of our cognitive processes, our thinking processes. Just like one can be physically clumsy, one can be kind of mentally clumsy. And this ability to smooth out all the different intellectual processes to navigate the complicated social life of the teen and to get through these things smoothly and gracefully instead of lurching. . . seems to be a function of the cerebellum."

Adulthood and the criminal justice system
These factors of cognitive development raise many philosophical questions, but perhaps none are as important as those related to how we punish criminal, especially among young men, whose brains develop an average of two years later than women.

"The preponderance of young men may engage in criminal behavior resulting from the brain may not being fully developed," Howard Forman, an assistant professor of psychiatry at Albert Einstein College of Medicine, told Business Insider.

"It's not about guilt or innocence... The question is, 'How culpable are they, and how do we administer justice fairly."

After all, most countries have separate juvenile justice systems to deal with children who commit crimes. These separate systems are predicated on the idea that there ought to be a spectrum of culpability that accounts for a youth's age. So, if we assume that the importance of age in the eyes of the justice system is based largely on cognitive differences between children and adults, then why shouldn't that culpability spectrum be modified to better match the science, which clearly shows that 18 is not the age at which the brain is fully matured?

Whatever the answer, society clearly needs some definition of adulthood in order to be able to differentiate between children and adults to function smoothly, as Jones suggested to the BBC.

"I guess the education, health and the legal systems make it convenient for themselves by having definitions."
But that doesn't mean these definitions make sense outside of a legal context.
"What we're really saying is that to have a definition of when you move from childhood to adulthood looks increasingly absurd," he said. "It's a much more nuanced transition that takes place over three decades."

By writing legislation focusing on intuitional racism that is build into the criminal justice system, substantive law, procedure, sentencing, and prison policy.

90% of anyone charged in the US, take plea deals to avoid lengthy sentences. Once your sentenced, your marked for life in most cases.
As we move towards a Trauma-informed society we should base our decisions on evidence based science, let us help the young adults trapped have better outcomes.