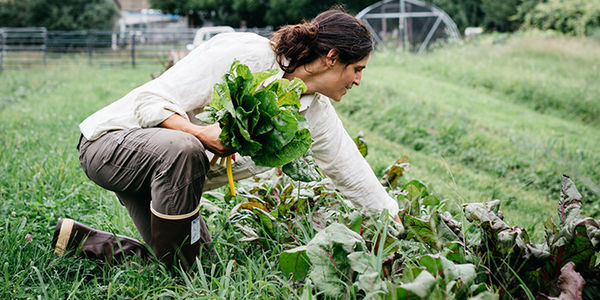 Tell the EPA: Get Glyphosate Out of Our Food!

At MegaFood, we believe glyphosate shouldn't be anywhere near our food. Unfortunately, glyphosate is the most frequently used weed killer in the world, and use has skyrocketed in the past 20 years. Farmers are increasingly using glyphosate as a drying agent (a desiccant). To enable easier harvest, glyphosate is sprayed to kill and dry out crops.

And there's a good chance this toxic chemical is in the food you and your family eat everyday. In a recent scientific study, glyphosate residues were found on staple breakfast cereals that are popular among children!*

The World Health Organization's (WHO) International Agency for Research on Cancer has classified glyphosate as "probably carcinogenic in humans" and a growing number of countries are restricting or planning an outright ban on this dangerous chemical.*

At MegaFood, we're obsessed with quality, purity and safety and we're working to revolutionize and regenerate our farming system, allowing more people to have access to healthy foods — free of glyphosate. We're leading the charge, along with the Environmental Working Group, Ben & Jerry's, Mom's Organic Market, Stonyfield, Nature's Path and Natural Grocers, by calling on the Environmental Protection Agency (EPA) to protect our families and our food. Will you join our campaign?

Sign our petition calling on the EPA to prohibit glyphosate use as a harvest desiccant on oats, and reduce glyphosate tolerance limits on oats as well. Get glyphosate out of our food!

As a concerned citizen, I urge you to end the pre-harvest use of glyphosate as a desiccant on oats, and reduce tolerance limits of glyphosate on oats.

Recent tests from EWG found glyphosate in popular oat-based foods – many of which are fed to children – at levels up to 8 times higher than what their scientists consider safe.

This is unacceptable. The agency has a responsibility under the Food Quality Protection Act of 1996 to make special considerations for protecting children's health from herbicides, as well as limiting the overall negative impacts of herbicides on human health and the environment.1

Spraying glyphosate on crops right before harvest is unsafe and unnecessary. Already, nearly half of all North American oat farmers use alternative methods to prepare their crop for harvest, such as fan dryers.

I add my name to MegaFood's petition calling on the EPA to immediately reduce the amount of glyphosate in oats and prohibit its use a as pre-harvest desiccant on the label of all glyphosate-containing products.

Care2
Tell the EPA: Get Glyphosate Out of Our Food!
SHARETWEET