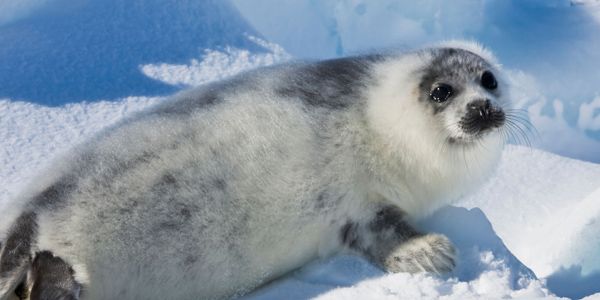 Save Seals: Urge Canada to Stop Seal Slaughter with a Federal Buyout

This is why a federal buyout makes so much sense. Sealers don't need the seal hunt to make a living. The concept is simple: rather than wasting tax money on a hunt with no market, the Canadian government can actually save money by offering to pay sealers a fair dollar amount to give up their license to kill.

Veterinarians say Canada's commercial seal slaughter is inherently inhumane and nations are taking action by banning trade in seal products. Yet the Canadian government still authorizes the cruel slaughter of hundreds of thousands of seals each year — even using government funds to finance the purchase of seal pelts.

Each year, our team witnesses conscious, wounded baby seals left to suffer in agony — impaled on metal hooks, dragged across the ice, and cut open — all for their pelts to be stockpiled in a warehouse. Even Newfoundland sealers with an opinion support a federal sealing industry buyout. With this plan, the seal slaughter would end, sealers would receive financial compensation, and economic alternatives would be developed.

I am writing to ask for your help to end the Canadian commercial seal slaughter by implementing a federal buyout of sealing licenses.

Veterinarians say Canada's commercial seal hunt is inherently inhumane because of the harsh, remote environment in which it occurs and the speed at which it must be conducted.

Not surprisingly, each year, horrible suffering is documented during the slaughter. Conscious, wounded baby seals are left to suffer in agony and impaled on metal hooks, dragged across the ice and cut open. Seal pups that have been shot and injured escape into the water where they die slowly and are never recovered.

Global markets for seal products are closing fast. The United States, the 28 — nation European Union, Russia, Belarus, Kazakhstan, and Mexico have all prohibited trade in products of commercial seal hunts. Today, the slaughter only continues because of government subsidies, despite the fact that the majority of Canadians, like most people around the world, want the seal hunt to end.

But now there is a solution to end the slaughter once and for all — a federal sealing industry buyout. This plan involves the federal government ending the seal hunt, compensating fishermen for their sealing licenses and developing economic alternatives in the communities involved. This is exactly what Canada did to end commercial whaling in 1972, and today, whale watching is worth far more to our economy than whale hunting ever was. Notably, polling shows broad support amongst sealers for a sealing industry buyout, and economists say the plan would cost far less than the money needed to keep the hunt going.

Please help move Canada beyond commercial sealing by supporting a federal sealing industry buyout. Thank you for your consideration.