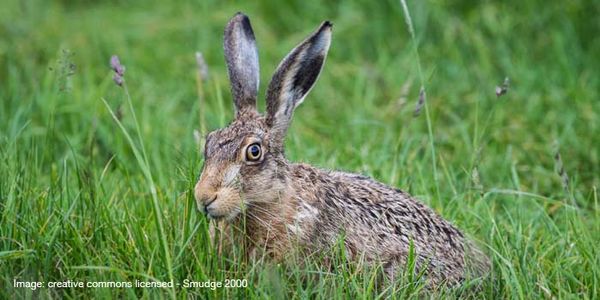 The brown hare, the UK's fastest land mammal, is under threat and is listed as a conservation priority in the UK's Biodiversity Action Plan.

Hunting, loss of habitat and pesticides have all taken their toll. But hares are also killed in huge numbers in the name of pest control, using snares.

According to a 2012 Government report, a shocking 33% of all animals caught in snares are hares. That's hundreds of thousands of hares a year suffering agonising pain and often death due to the use of this cruel and primitive device.

The snare itself consists of a loop of wire which tightens. It is typically laid by gamekeepers to protect game birds such as pheasant, grouse and partridge from predators (usually foxes) – until they shoot them.

The UK is one of only five European states where snaring is still legal. We urgently need your help to bring the UK in line with the rest of Europe and ban this barbaric practice.

Please tell the Environment Minister, Rory Stewart MP, that the public demands a ban on the use of snares.