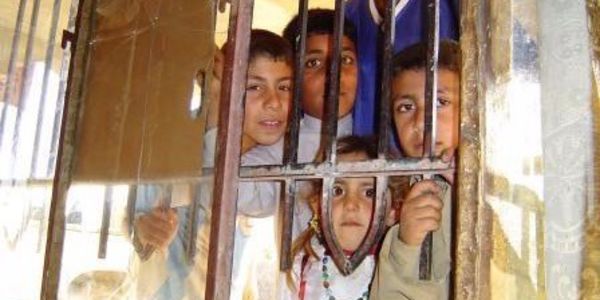 Who’s Keeping Track? A Call for Continuous Media Attention to the Separation of Children from Refugee Parents

Photo above by Mike Ferner

We represent a coalition of human rights groups and concerned citizens that on December 10, 2018, Human Rights Day, sent out a press release asking major U.S. news media outlets to keep front and center in the public eye some crucial information about the growing number of days that refugee children have been separated from their parents. We hope you will join this effort by signing and sharing this petition, which will be sent to media outlets asking them to take action.

Sources suggest that in the past year, 2,667 babies and children were separated from their refugee parents for an average of 83 days each. Of those, 140 are yet to be reunited, and 30 will not be returned to their parents. There have been reports that at least some of these children have been injected with powerful psychiatric drugs without consent. The trauma, emotional devastation, and damage to these children, as well as to their parents, are unconscionable and likely irreparable. One lawsuit includes allegations that some of the children have been injected with powerful psychiatric drugs.

"We are calling on American news media outlets to begin announcing the number of days these children have been separated," said Harvard psychologist, Dr. Paula J. Caplan. "It's time news outlets adopted the reporting strategy of CBS news anchor Walter Cronkite during the Iran hostage crisis, when he ended his broadcasts by stating the number of days for which the 52 hostages had been held. Cronkite's practice had significant effects on public awareness, The public needs to know that these abuses are continuing, and can only appreciate the extent of the trauma if the press itself refuses to allow awareness to fade."

We ask that news outlets display, via electronic sign or chart updated daily, the duration in days of the longest of these separations as well as the number of children still separated. "The welfare of these children has too quickly passed largely out of view of the public. We urge the media to move quickly to ensure ongoing media coverage of this massive human tragedy," said Sandi Capuano Morrison, CEO of the Institute on Violence, Abuse, and Trauma. Only an informed public can stand against unjust policies; do your part to ensure that this information, and the children themselves, are not lost to public view.

In addition, 42 distinguished individuals with various kinds of related expertise, many of whom are activists, signed the press release.

Care2
Who’s Keeping Track? A Call for Continuous Media Attention to the Separation of Children from Refugee Parents
SHARETWEET