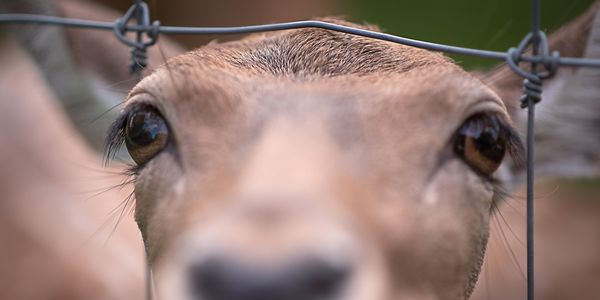 This animal ranch is mistreating their exotic and domestic creatures!

Jingyuan Ranch in Taipei has been recently accused of abusing and neglecting its animals. Inspections uncovered that animals like horses, porcupines, goats, alpacas, flamingos, peacocks, and many more were being kept in deplorable conditions, their medical issues were left untreated, and they were being left alone with visitors who were harassing and scaring them. The ranch was told to halt all animal exhibitions -- but they have continued to exploit and abuse these creatures for profit despite these orders.

Urge the Taiwanese Government to enforce their policies with punishments other than fines, and actually protect these poor animals!

The Taiwan Society for the Prevention of Animal Cruelty found the conditions that the animals of Kaohsiung's Jingyuan Ranch are living in shocking. The enclosures that these animals are living are inhumane and not at all up to the proper standards -- many of the animal enclosures are overcrowded, and floors are so slippery animals have been seen struggling to walk and falling. Other enclosures are filled with a totally inappropriate mix of species, such as rabbits and guinea pigs coexisting. Many of the animals are malnourished, like an alpaca that died from its hunger in 2019. Another alpaca died recently of heat exhaustion.

These poor animals, such as lions, have been exhibiting signs of depressions and lack of stimualtion -- many are lethargic and seemingly hopeless. The ranch's "no distance" policy is a nightmare for its animals -- visitors are left unattended to do with the animals what they wish. No matter what their intentions, these untrained individuals end up harassing and scaring these poor creatures that are trapped with them.

Staff at the ranch have been quoted saying "Animals don't necessarily need medical care" and "It's expensive to provide medical care." You can only imagine the types of painful conditions that go untreated because of this mentality, including rampant skin disease from poor care and terrible conditions.

Time and time again ranches, zoos, and animal rescue organizations have advertised to the public with the message of safety and humanity, yet what is being acted out is the complete the opposite -- animals' needs ignored and their bodies exploited for profit.

Sign now and tell the Taiwanese government to stop fining this ranch, and actually do something to save these animals -- it must be shut down and the animals must be given suitable homes!

Care2
This animal ranch is mistreating their exotic and domestic creatures!
SHARETWEET