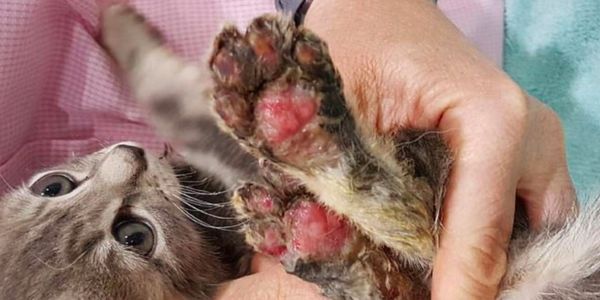 Most college kids spend their free time playing video games and hanging out with their friends. But Jiawen Zhang is no ordinary student. Instead, the University of Queensland engineering student prefers a different type of past time — one that he tried to keep secret.

And it was kept secret, that is until November 14th of last year. That's the day his roommate walked in while Jiawen was trying to drown a poor kitten named Cinders in their bathtub. He stopped Jiawen and then rushed the kitten to a local veterinary clinic where they were able to save it.

Of course, if that was the whole story that would have been shocking enough. Unfortunately, that isn't even the half of it. What happened before Zhang's roommate arrived and over the subsequent months is even more upsetting. According to testimony, before the roommate arrived, Jiawen had been torturing the kitten for some time, he had shoved it in a hot oven and then pulled it from the oven only to yank out its teeth and claws!

But that's not all, Zhang was taken to court and pleaded guilty to serious animal cruelty but unbelievably will get NO time. Absolutely no custodial punishment for this horrific act of animal cruelty. Now Jiawen is free to continue his studies back at the University of Queensland as if nothing has ever happened — that is, if we don't stop it.

People who commit violent acts of cruelty on animals are extremely likely to commit similar acts of violence on humans. That means that if the U of Queensland allows Zhang to continue to study at their school, they are allowing a person who has proven he has violent tendencies to walk among the rest of their student body.