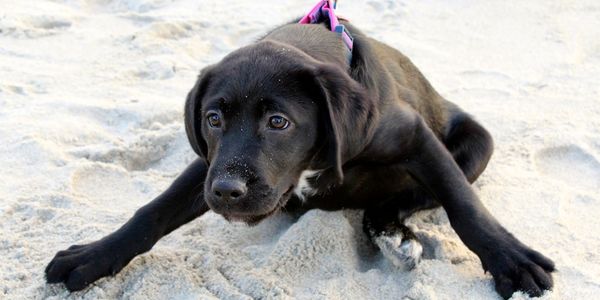 Neighbors are witnessing abuse and hearing dogs crying and wailing in this home, but authorities won’t act

For almost 25 years, a woman in Gainesville, Florida has reportedly been openly, cruelly abusing dogs in and outside of her home. Neighbors have filed reports, taken photos and videos, and begged authorities to save the poor dogs in her care. But since the first report filed in 1997, police and animal services have failed to help these defenseless animals.

Sign the petition and demand that Loren Cava's dogs are removed from her home, and that she be banned from owning animals ever again!

Many, many neighbors have been witnesses to Cava's alleged intense and constant abuse. Outside on walks, they say they saw her drag the dogs, choking and pulling them so hard that a vet called their poor paws "raw." Out in broad daylight, she has been witnessed hitting and beating the dogs. One neighbor even saw her use a hard, sharp umbrella to inflict violence on one of the pups. When Cava is inside with her dogs, neighbors can hear them "crying and howling" in pain and despair. These sweet dogs are going through hell, and all nearby witnesses can do is listen. One neighbor said she "cries herself to sleep some nights."

This is all so distressing for everyone involved. And yet the relevant authorities, Gainesville Police Department and Alachua County Animal Services, won't listen. They say there's an investigation going on, but this has been happening since 1997. There has been ample proof, witness testimony, and time for Cava to change her behaviors. We cannot let this go on for another 20 painful years.

Even if the best case scenario is true, and Cava is not malicious but rather she is wildly off-base as to how animals should be treated and cared for, these animals are still in grave danger. A Gainesville police officer even gave this statement regarding the dogs: "I think she loves them, but she is going to kill them." One officer from animal services said, "If it was me personally, I wouldn't let her have dogs."

A police officer is saying this woman will end up killing her dogs. An animal control officer has made the assessment that she shouldn't be able to own dogs at all. Yet their superiors at the Gainesville Police Department and Alachua County Animal Services continue to sit idly by and allow this abuse to continue. This is unacceptable.

Sign the petition if you want every single dog seized from this woman's home and her rights to own any animals ever again revoked!

Care2
Neighbors are witnessing abuse and hearing dogs crying and wailing in this home, but authorities won’t act
SHARETWEET