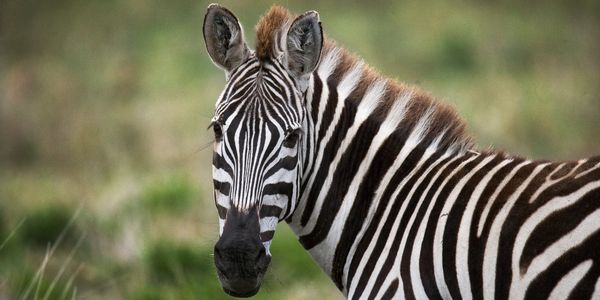 Three of his zebras escaped. One died a horrifically painful, slow death. Shut down this exotic animal breeder!

The owner of a Maryland exotic animal farm, which sells the poor creatures as pets for profit, has been charged with animal cruelty after he let three zebras escape into the unknown and unsuitable Maryland wildnerness. For one of them, the freedom was short-lived when it was caught in a snare trap where it slowly, horrifically died.

County officials are still trying to bring the other two zebras to safety. But if and when they do, they cannot be sent back to the nightmare that is Jerry Holly Exotics. Demand that Prince George's County order the closure of this cruel exotic pet farm, along with the rehoming of every single animal that is still there and in grave danger!

The trap that killed the unlucky zebra was a snare trap -- a sharp, body-gripping hunting device that often only breaks an animal's flesh and bone but doesn't kill it, leaving it trapped and struggling in agony as it dies. The snare trap was inches away from the zebra's original enclosure where the rest of its herd was, but apparently nobody was checking on the herd or the enclosure, otherwise they would've seen or heard it crying out in pain. Instead, the zebra "most likely died of dehydration after a period of a few days struggling in the trap," according to an officer with the Maryland Natural Resources Police.

The tragic death of this zebra would be enough to charge owner Jerry Holly with animal cruelty, but unfortunately it wasn't his only offense. He was also found to be neglecting the over 30 other zebras in his care, not providing them nutritious enough or large enough quantities of food. Plus, he obviously wasn't providing them with proper shelter, which would have kept them safe from escape. It was also noted by officials that caretakers were clearly not checking on the herd enough, since the zebra that had escaped died so close to their enclosure but wasn't spotted.

It is worth questioning why any of these animals would be allowed by law to be kept as pets. But even so, there is no way Jerry Holly is properly caring for them, or properly vetting buyers and their ability to care for these exotic animals, or making sure all the proper registrations, licenses, and veterinary care are being obtained.

Jerry Holly cannot be allowed to send another exotic animal to a horrible fate. Sign the petition demanding that Prince George's County shut down this exotic breeding farm, and send all of its animals to safe, reputable sanctuaries!

Care2
Three of his zebras escaped. One died a horrifically painful, slow death. Shut down this exotic animal breeder!
SHARETWEET