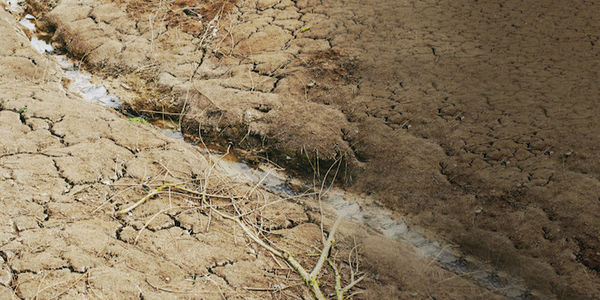 Severe drought is putting everything at stake. We must act now.

In Tsavo National Park, located in southeast Kenya, wildlife rangers found the carcasses of 10 baby elephants over a span of just two months – all victims of the drought. Over nine months, 78 elephants in the park have died in total. One of the largest national parks in the world, Tsavo is home to around 12,000 elephants – about a third of Kenya's elephant population.

Targeted for their ivory tusks, Africa's elephants were already in danger of extinction. Now, decades in the making, the devastating effects of climate change have arrived. This is the newest threat to this beloved species, which is critical to ecological stability.

2022 has confronted East Africa with its worst drought in forty years. For the fourth year straight, the Horn of Africa's traditionally rainy season has been a failure, sending massive ripple effects through this region's diverse and vibrant ecosystems.

We can't afford to wait until the next decade, next year, or even tomorrow. Climate change is here – today. African countries contribute only 4% of global carbon emissions, but climate emergencies are hitting their communities, wildlife, and ecosystems hardest.
It gets worse. Hunger now threatens up to 20 million people in the Horn of Africa. In Kenya, harvests fell as much as 70%. More than one million livestock have died. The drought is also driving species to invade crops and kill livestock, making matters worse for farmers and provoking human-wildlife conflict.

It doesn't have to be this way. In communities where we work with farmers to use water more efficiently and effectively, crops are more resilient to drought. Where we help build bomas (fencing that protects livestock), pastoralists have no need to retaliate against lions and leopards. Where we teach people how to use beehive fencing, elephants keep their distance from farmland.

In emergencies like this, it becomes clear how the well-being of people, wildlife, and protected areas are all connected. Can we count on you to be one of 50,000 advocates for a swift climate response that centers people and nature?

I commit to taking the following steps…
Sign Petition
SHAREShare With FriendsTWEETEMAILEMBED
Sign Petition
See more petitions:
You have JavaScript disabled. Without it, our site might not function properly.

Care2
Severe drought is putting everything at stake. We must act now.
SHARETWEET