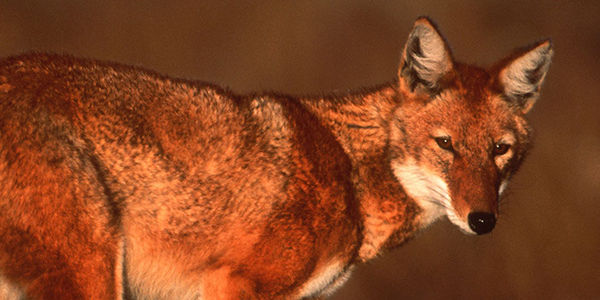 Ask Congress to save the world's most threatened wildlife

African penguins, Ethiopian wolves, African wild dogs, and countless other imperiled species desperately need you to speak up for them today!

They may not be lions, rhinos, or elephants — but that's precisely why they need your help right now.

Cuts to the U.S. Fish & Wildlife Service budget left thousands of some of the world's most threatened species without crucial protections.

The Critically Endangered Animals Conservation Act would reestablish this program to provide funding for projects designed to conserve animals that are threatened or endangered in the wild.

The answer is clear: the U.S. House of Representatives MUST pass this vital act to save Ethiopian wolves, wild dogs, and other threatened species.

We need 50,000 wildlife advocates like you to stand up for these endangered species. With you, we can and will save them from extinction. Will your name be on our petition?
read petition letter ▾
Pass CEACA to protect endangered species!

As a staunch defender of wildlife, I am writing to express my support for the Critically Endangered Animals Conservation Act (CEACA) – the U.S. House of Representatives MUST pass it!

But cuts to the agency's budget left thousands of the world's most vulnerable species without protection. CEACA would authorize this program, re-injecting critical funding into the global fight to conserve these species at a pivotal time!

Due to habitat loss, disease, illegal trade, environmental changes, and a number of other causes, global populations of many species of wildlife are in decline. More than 27,000 species are threatened with extinction, about 25 percent of all species that have been assessed to date.

While the Multinational Species Conservation Funds (MSCF) supports iconic species like rhinos, lions, and elephants, the CEACA would cover imperiled species like Ethiopian wolf, African penguins, kipunji monkeys, and countless others that desperately need active help to prevent further loss in the wild.

There's absolutely no time to lose — CEACA must be passed, with your support.

Thank you in advance for your commitment to helping vulnerable species around the globe.

Care2
Ask Congress to save the world's most threatened wildlife
SHARETWEET