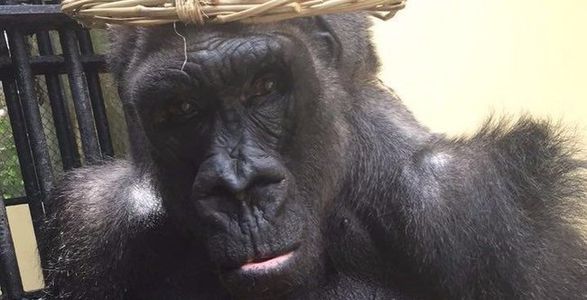 Close down Monkey Jungle once and for all

Florida’s Monkey Jungle may advertise itself as a family-friendly animal attraction, but what happens behind the scenes is a far different story, according to former employees of the facility.

King, Monkey Town’s sole gorilla, Mei, an orangutan, and other animals at the facility have been badly abused and neglected, according to Melanie Lustig, a great ape keeper who quit Monkey Jungle in September 2017.

In disturbing pictures posted by Lustig, bleeding, open wounds are visible on King’s stomach. Mei can be seen staring sadly as she sits near a filthy nest of feces, rotting food, and old leaves.

According to Lustig and others, the primates are forced to sleep on concrete floors in small 5-foot by five-foot enclosures. They have limited opportunities for the social and enrichment opportunities that are so important to these highly intelligent creatures.

According to Monkey Jungle's former employees, some animals have also died at the hands of park staff who darted the animals or caused them to overdose. And the facility reportedly left its animals to fend for themselves during Hurricane Irma with little more than hamster-sized water bottles to survive.

The abuse and neglect of animals at Monkey Jungle must end. Please join me in calling on the US government’s Animal Plant Health Inspection Services, which oversees enforcement of of federal animal welfare law to end the abuse by shutting this awful facility down immediately.

King, Mei, and the animals of Monkey Jungle need your help. We need to be their voice and make sure that they are moved to a better place with their health, happiness, and safety being the MAIN FACTORS. Please sign my urgent petition now.

Care2
Close down Monkey Jungle once and for all
SHARETWEET