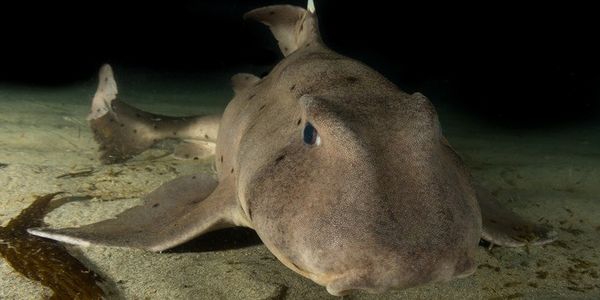 Irresponsible Touch Tanks Have Led to Dozens of Unnecessary Fish Deaths. Ask the San Antonio Aquarium to Close Theirs.

Over the weekend, three brazen fish thieves walked into the San Antonio Aquarium in San Antonio, Texas and walked out with a 16-inch horn shark.

The idiots have since been caught, and the fish has been returned to the aquarium but the fact that they were able to easily grab and then escape with a living breathing animal from an animal park is a whole other matter.

The three thieves snatched the shark from a "touch pool" — an uncovered fish tank usually at waist level where children and other aquarium visitors can touch and fondle the marine life. Touch pools are usually harmless species like bat rays, octopus, small sharks and sea cucumbers, but that doesn't mean that the touch pools don't harm. In fact, it's often the fish that run the risk of being injured.

Touch pools — or touch tanks as they are often called —are stressful for animals that would much rather steer clear of human contact. Aquarium-goers, especially children, are often rowdy and can cause the fish unnecessary stress. These animals require special conditions that do not include poking and prodding them.

These tanks can often be death traps. In fact, according to recent statistics, dozens of animals have died in touch tanks in recent years. In 2008, 40 stingrays died at the Calgary Zoo shortly after the exhibition opened, 18 rays died in 2007 at the Fresno Chaffee Zoo in California, and over 50 died at Brookfield Zoo in Illinois in 2015.

Is giving children the opportunity to get up close and personal with marine life worth the senseless deaths of these animals? Do we need to touch these fish to be able to value and appreciate them? The answer to both questions is of course no. If that is the case, then these tanks should be closed for the sake of the animals the aquariums claim to love.

Please sign the petition and let's ask the San Antonio aquarium to allow their visitors a chance to learn about marine life in a way that doesn't put their animals at risk. Join us and ask them to close the touch pool.
Sign Petition
SHAREShare With FriendsTWEETEMAILEMBED
Sign Petition
See more petitions:
You have JavaScript disabled. Without it, our site might not function properly.