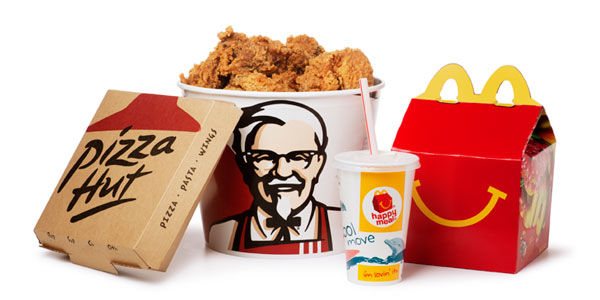 Tell the Fast Food Industry to Use Deforestation-Free Palm Oil

McDonald's, Burger King, Yum Brands (Taco Bell, KFC and Pizza Hut) and other members of the fast food industry are often the focus of negative attention for the effect on our heath, but did you know they are also having a big effect on our climate?

America's top fast food brands use palm oil, an ingredient linked to climate change and deforestation, in their products. As tropical forests are cleared to make way for palm oil plantations, carbon is released into the atmosphere, driving global warming and shrinking habitats for endangered species. Tropical deforestation currently accounts for about 10 percent of the world's heat-trapping emissions.

Your company uses palm oil, an ingredient that has been linked to widespread deforestation and climate change. As tropical forests are cleared and often burned to make way for palm oil plantations, carbon is released into the atmosphere, driving global warming and shrinking habitats for endangered species.

Your company continues to lag behind many global brands, like Dunkin’ Brands and Krispy Kreme, who have already promised to ensure that they won't buy from palm oil suppliers linked to the loss of tropical forests and carbon-rich peat swamps.

There's absolutely no excuse to use palm oil that could be driving climate change, tropical deforestation, and forest fires.