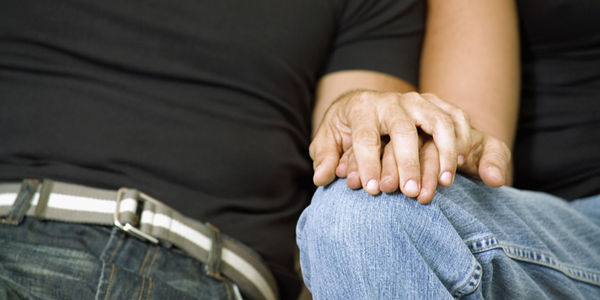 In a unconscionable move, the Mississippi legislature just passed H.B. 1523 – which would allow individuals, religious organizations and private associations to use religion to discriminate against LGBT Mississippians – and the governor has already signed this horrendous bill into law.

The Human Rights Campaign (HRC), the nation's largest lesbian, gay, bisexual, and transgender (LGBT) civil rights organization, alongside other groups and major corporations, are fighting to repeal H.B. 1523. Join the hundreds of people who rallied outside the Governor's mansion on April 4 and ask Governor Bryant to repeal HB 1523.

Send a message with HRC to Mississippi Governor Phil Bryant to repeal this discriminatory law immediately!
read petition letter ▾
As a supporter of the Human Rights Campaign, America’s largest lesbian, gay, bisexual and transgender (LGBT) advocacy group, I am contacting you to urge the repeal of the discriminatory law, "The Religious Liberty Accommodations Act" -- formerly known as H.B. 1523.

National corporations and businesses have spoken out against this horrific measure, that would allow individuals, religious organizations and private associations to use religion to discriminate against LGBT Mississippians in some of the most important aspects of their lives, including at work, at schools, and in their communities.

Under this new law, religion could be used by most any individual or organization to justify discrimination against LGBT people, single mothers, unwed couples and others. Tax-payer funded faith-based organizations could: refuse to recognize the marriages of same-sex couples for provision of critical services including emergency shelter; deny children in need of loving homes placement with LGBT families including the child's own family member; and refuse to sell or rent a for-profit home to an LGBT person -- even if the organization receives government funding. It would also give foster families the freedom to subject an LGBTQ child to the dangerous practice of "conversion therapy," and subject a pregnant unwed girl to abuse, without fear of government intervention or license suspension. It would even allow individuals to refuse to carry out the terms of a state contract for the provision of counseling services to all eligible individuals, including veterans, based on the counselor's beliefs about LGBT people or single mothers.

Furthermore, schools, employers, and service providers could refuse transgender people access to appropriate sex-segregated facilities consistent with their gender identity -- all in direct conflict with the U.S. Department of Justice's enforcement of federal law. H.B. 1523 even legalizes Kim Davis-style discrimination by allowing government employees to abdicate their duties and refuse to license or solemnize marriages for LGBT people. I implore you to quickly repeal this unconscionable -- for the benefit of both residents and businesses in Mississippi.