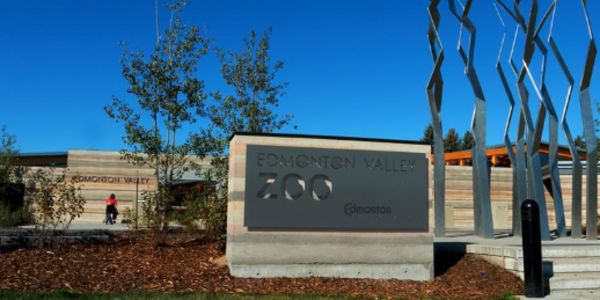 The Edmonton Zoo, Home of Lucy the Elephant, Is Failing to Keep Animals Safe. Demand the City Hold This Zoo Accountable!

For many years the Edmonton Valley Zoo has faced scrutiny for mismanagement of the animals in their care. The inappropriate care and management especially of Lucy the elephant has gained worldwide attention painting this zoo in a very negative light. The Valley Zoo has been listed as one of the top 10 worst zoos for elephants on the continent by In Defense of Animals for over a decade, often garnering first place as they did earlier this year. But there are other issues at the zoo, concerns around Lucy are the most well publicized.

Background
Recently, the City of Edmonton (COE) admitted to a number of safety issues and deficiencies in several animal enclosures, most of them housing endangered species such as Grevy's Zebras, Birds of Prey, Bactrian Camels, Sichuan Takins, and the Asian Elephant.

Following the release of this report the zoo has come under increased fire, reported in local media that without repairs, the zoo risks losing its accreditation with the Canadian Association of Zoos and Aquariums and its licence to operate from the Alberta government.

The Edmonton Valley Zoo is asking for $10.9 million in the city's four-year capital budget to upgrade and repair enclosures to meet requirements for animal care standards. Earlier in the year they requested 50.3 million to create new areas at the zoo as part of Phase 2 of their new Nature's Wild Backyard expansion. Why would they request funding for this when they were aware of the safety issues and deficiencies in meeting standards in already existing areas of the zoo? This is just one example of the mismanagement at the zoo.

Over the past decade, the zoo has received over $131 million dollars which were used to build non animal areas including an extravagant entrance, a gift shop, an education center, a children's playground and a new café and restaurant in 2019, that have just recently been permanently closed. Meanwhile animals like Lucy were omitted from any upgrades.

LEAP (Lucy's Edmonton's Advocates' Project) founder Mary-Ann Holm recently addressed City Council and asked for stronger oversight at the zoo to ensure that taxpayer dollars are spent with the animal's best interests in mind. Shortly afterwards, City Councillor Erin Rutherford stated the zoo should face an audit as she wants to see more scrutiny of how the city cares for the animals at this municipally funded zoo.

Lucy the Elephant
Lucy is the most well-known animal at EVZ. Many NGO's, celebrities and individuals have spoken out for her for well over a decade. Her disgraceful tiny barren enclosure, her solitude, the sub-arctic climate, lack of outdoor space, micro-management with the use of cruel bullhooks, an improper diet and medical management, to name just a few reasons why people are disgusted with how Lucy is managed daily.

Recently it was uncovered through Freedom of Information, that the zoo chose to not repair or replace a shade structure in the elephant yard which would have allowed Lucy free access to her yard without supervision. The existing structure was unstable and rotting. These kinds of decisions show that animal welfare is not a priority at the zoo. Instead restaurants and cafes are built and then later permanently closed.

We now also know from the city report that Lucy needs a larger area with more enrichments and an improved exhaust filtration system in her barn as she has been breathing in dust. Lucy has had a documented yet to be diagnosed respiratory condition. The zoo claims this breathing issue makes relocating her to sanctuary life threatening instead of recognizing or admitting that her conditions are likely the cause of her respiratory ailments. What else has she been breathing in? A full environmental analysis is urgently needed.

So, what are we asking for?

We request that Mayor Sohi and Edmonton City Council create an animal welfare oversight committee that would advise the city on issues related to the care of the animals at the zoo.

We request that a thorough environmental analysis be completed in Lucy's enclosure. This may finally shed light on what may be causing her undiagnosed breathing issues.

Care2
The Edmonton Zoo, Home of Lucy the Elephant, Is Failing to Keep Animals Safe. Demand the City Hold This Zoo Accountable!
SHARETWEET