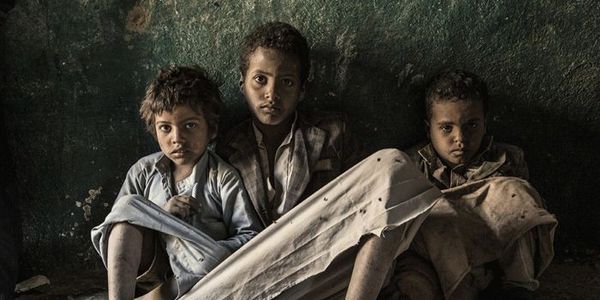 The ongoing war in Yemen has turned the country into the world's worst humanitarian crisis and civilians bear the brunt of the violence. Since the Saudi-led coalition launched its military intervention in Yemen in early 2015, the humanitarian situation has continuously deteriorated.

Fragile peace talks provide hope that the brutal proxy war playing out in Yemen will finally end but the daily reality of most civilians remains tragic. Only an immediate end to the violence by all parties to the conflict will bring peace.

Canada is providing lifesaving humanitarian assistance to Yemen — but it is doing so while simultaneously arming one of the parties to the conflict: Saudi Arabia. Let's unite our voices. Email Minister Champagne today and tell the Canadian government to end the arms deal with Saudi Arabia.
read petition letter ▾
The Honourable François-Philippe Champagne, P.C., M.P., Minister of Foreign Affairs

As you are aware, the conflict-fueled humanitarian crisis in Yemen is absolutely devastating. Five years of escalating violence have made approximately 80 percent of the population reliant on humanitarian assistance and protection for survival. It has been over a year since the Stockholm Agreement was reached in December 2018—a commendable milestone that has yet to be fully implemented and respected by fighting parties. While we wait for peace to return, civilians continue to bear the brunt of this unjust war.

Women are disproportionately affected by the horrific situation. Over one million pregnant or breastfeeding women are acutely malnourished and incidents of gender-based violence (GBV) have increased by more than 63 per cent since the start of the conflict in 2015. Yemen lacks the national policies, legislation and institutions needed to protect women from such violence.

All warring parties, including the Saudi-led coalition, are violating international humanitarian law. No country should be directly or indirectly supplying weapons, munitions, military equipment or technology that could be used in the conflict.

I am concerned that, through its arms deal with Saudi Arabia, Canada is complicit in the unnecessary and inexcusable suffering of innocent Yemeni women, men and children.

Today, I use my voice to ask Canada to join countries such as Denmark, Finland, Germany, Switzerland, Greece and Austria that have either suspended or terminated arms transfers to the Kingdom of Saudi Arabia.