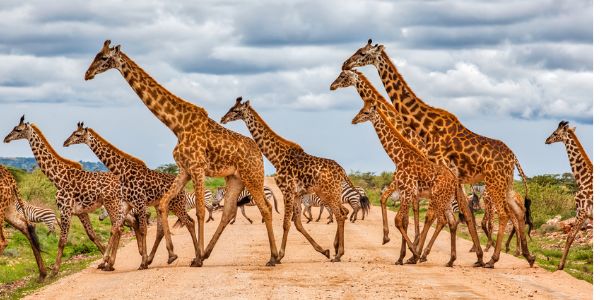 A new study of 7 conservation areas in Central Africa shows that we as an international community are falling short of actually protecting the large herbivores that live there. Because governments around the world are not committing enough funding for these parks, they are often only protected on paper and not in practice, leaving animals like elephants, giraffes, buffalo and antelope vulnerable to harm.

Now, some people want to expand these conservation areas, but without proper protection from sufficient funding, that expansions alone just won't help.

Sign the petition to demand actual protection of these animals! Either make the safeguarded areas smaller so they can be protected by current funding or radically increase funding from the international community to protect the whole area!

The 7 parks studied are in four countries: Chad, Cameroon, the Central African Republic, and the Democratic Republic of Congo. Each had set aside a full quarter of their land for conservation efforts, a worthy goal to be sure! But in many cases, those countries cannot afford the massive amount of money it would take to have rangers actually protecting the animals in a fourth of their countries.

That's why the international community must either increase the funding so that the entire spaces can be properly protected or not put up a fight if the areas are decreased instead of increased. Actually protecting animals like elephants and giraffes on a smaller scale is better than pretending to protect them on a larger scale, studies show.

If we are serious about conservation of large herbivores in Central Africa, we need to show it as an international community by funding the effort. The next Convention on Biological Diversity is planned for April 2022. Sign if you want them to choose to effectively protect these animals in reality and not just in name!