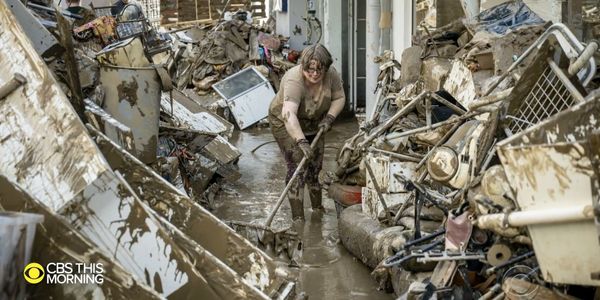 Torrential rain enveloped western Europe on July 14, 2021. And then it didn't stop. Parts of Germany, Belgium, Luxemburg, France, the Netherlands, and Austria were utterly flooded -- in some areas, 2 months' worth of rain fell in 24 hours. Rivers swelled and bridges buckled. Entire homes were swept away and trains were left floating and stranded. So far, the death toll is 189 -- and rising. Hundreds of people are still unaccounted for. Tens of thousands more have no idea when they will be able to return to their homes, if at all. And clean drinking water is nowhere in sight for many of the devastated areas.

The German president has called this the "worst natural disaster" in the last hundred years.

The rain may have ceased, but the recovery is far from over. That's why we're asking the United Nations Disaster Assessment and Coordination (UNDAC) to immediately step in and help the countries in western Europe affected by the floods!

The stories coming out of these areas are just heartbreaking.

A Belgian news crew was interviewing a town's Mayor when, in the background, a home literally began to crumble before their eyes. Household items and furniture poured from a gaping hole in the brick wall and moments later, two people were seen trying to escape through the roof and onto neighboring homes.

In one German town, floods suddenly filled Lebenshilfe Haus, a residential home where only one night watchman was on duty as residents slept. "Neighbors could hear screaming" but were powerless to do anything. 12 disabled residents who were on the first floor drowned, their bodies found floating as those on the upper levels were rescued.

Photos of people living among their soaking, overturned belongings in apartments without running water or working electricity have been captured. Many of them are injured and trying to care for each other and pets, waiting desperately for aid.

Houses, bridges, and parts of entire towns have "simply vanished," submerged and then swept away by rushing, impossibly strong waters.

Many, many heartbroken and angry people are wondering why crisis management systems did not do more to avoid these horrific deaths and losses. In the Netherlands, for example, where there is an intricate and devoted water management program because so much of the country -- close to 60% -- is at flood risk, there have been zero casualties reported. At a time when climate change has so clearly made extreme weather events like these floods more and more frequent and intense, it must become imperative that countries prioritize disaster preparedness. But for now, in the wake of this tragedy, what is most needed is relief.

By Saturday, just 3 days after the beginning of the disaster, 1,000 rescue operations had already been conducted. The missing, the surviving family and friends of the dead, and those who have lost any or all of their material possessions need help, and so do the people who are working hard to rescue and relieve them. The United Nations must step in and provide help!

Sign the petition and ask that UNDAC immediately send relief efforts into western Europe as they try to recover from this unbelievable tragedy.