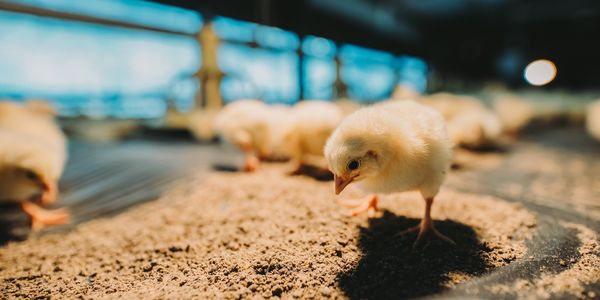 In the poultry industry, every egg is created equal -- but not every hatchling.

That's because while female chicks are prized, male chicks are considered 'commercially useless' -- after all, they won't ever produce eggs, and they won't grow as big as hens so they can't provide meat. In the industry's eyes, those are the only two things they're good for.

So these poor male chicks, only a day to three days old, are shredded alive. That's right, shredded. It's called mass culling, and it kills 4-8 billion male chicks every year. During a cull, baby chicks are placed on a conveyor belt, helpless as it draws them closer and closer to the mouth of a giant shredder. One by one, or in large waves, the babies fall into the machine's gears which crush and rip at their little bodies.

It's shocking that wherever the poultry industry is operating, this grotesque practice is still allowed. Well, almost everywhere. Germany recently announced that it will approve a law banning the culling of male chicks for good!

Now it's time to go one step further. Sign the petition telling the European Union to adopt similar legislation and pass a comprehensive ban on male chick culling!

Chicken culling is obviously disturbing and cruel. But those qualities are magnified by the fact that it's totally unnecessary -- there are ways of testing an egg just nine days after fertilization to determine what sex the chick will be. This test has been around for years, and yet the poultry industry is still hatching chicks just to brutally slaughter them hours or days later?

It's obvious that even though this pain-free, cruelty-free test is available, the poultry industry cannot be trusted to switch to this more humane method on its own. That's why Germany's choice to ban chicken culling is so important -- the choice between compassion and cruelty shouldn't be a choice at all, it should be written into the law.

France has also committed to phasing out mass culls by the end of 2021. But this is just the beginning. If you want to protect even more chicks, sign the petition and tell the European Union to pass a total ban on the mass culling of male chicks in the poultry industry!